Like many games, Samurai Shodown had graced the screens of our console brethren long before it finally made it to the PC. But, there are heaps of PC gamers who enjoy a good beat’em-up, and they would likely be disappointed that we had to wait almost a year before we had our chance to slice, dice, kick and punch our way through Samurai Shodown.

The game starts out with a short narrative about the Tenmei era in 18th century Japan and how the newly appointed counsel to the shogun has been chosen to usher in a new age of reform. However, the land remains beset by fire, ruin, and famine, all while a sinister cloud darkens the air with a foreboding sense of dread. Playing as one of the available characters, you move your way through a series of opponents (also playable characters) before moving onto the boss battles against the evil force.

Time for a short story

The story is uninspiring and rather short, but this is generally par for the course for the genre. What matters most is the gameplay in the one-on-one battles. Matches take place over (by default) three rounds, with the winner being the first to win two of the rounds. The standard moves are rather simple, with three attacking moves – light, medium and heavy – each linked to a specific button on the controller. There are also some basic defensive moves and counters. I did find that the counter controls were a bit finnicky at times, and as such caused me some frustration when the move didn’t come off when expected, resulting in a losing a round because of it.

Of course, each of the characters on the roster have their own set of unique moves that can be used to devastating effect. These combos provide the player with more powerful attacks, and when pulled off can make or break a round. It is often a button mashing experience, as you attempt to complete the combos. Also, during the course of a match, players can build up a rage gauge based on their efforts on the defensive side of the combat. Getting hit, or dodging enemy thrusts fills up the meter, with different characters generating rage at varying speeds. Once activated though, it can provide a damaging attack which can bring you back into a match. Unfortunately, this can only be used once per match - not just for the round - and this certainly adds a touch of strategy to the usual button mashing.

Samurai Shodown has heaps of characters with which to play as. Admittedly, the roster is not quite as extensive as that of Tekken or Mortal Kombat as those two have collected their rosters over numerous iterations. But there are definitely enough in Samurai Shodown to keep things interesting for gamers. The characters have their own unique fighting styles – each with their advantages and disadvantages - and so gamers will be able to play though them all and find one that has moves that suit their own playing style.

The roster features characters who are quite diverse, and their anime style fits in perfectly with the outrageous costumes. Each of the characters also has their own background setting based on their heritage. The wonderful backdrops include lush forests, Japanese gardens, pirates’ ships, and even Japanese temples complete with Cherry Blossom trees. Each setting has been gorgeously designed and give an added vibrancy to the battles.

As well as the rather short Story mode, Samurai Shodown contains an array of game modes to keep players entertained. The practice area allows gamers to train with each of the characters, even allowing gamers to set specific attributes for the fight. The in-built tutorial does a great job of running players through all the techniques and controls. The Battle arena contains four different single player modes, each with their own goal. Survival was my favourite, as gamers continue fighting new foes until they are finally bettered by an opponent. The Time Trial has the added constraint of having to beat opponents as quick as possible. And then there is the online component, where you can take on non-AI competition.

Samurai Shodown is another worthy entrant into the PC world of beat’em ups. The reasonably short story that plays out is lacklustre, but the action - particularly when playing against others – more than makes up for it. The playing poster isn’t huge, but it does allow for more familiarity with each of the combatants and their skills. With a simple control scheme, some wonderfully vibrant settings and an array of game modes, Samurai Shodown does most things right. Now, if you will excuse me, I’m heading back to the dojo to kick some more ass. 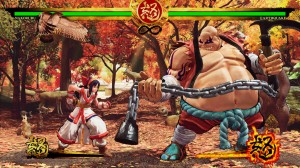 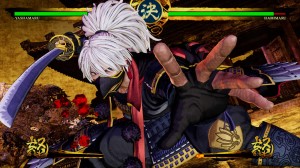 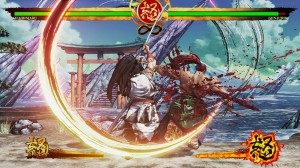 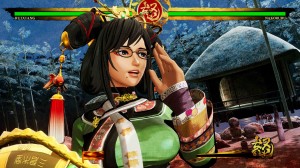 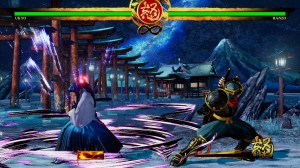 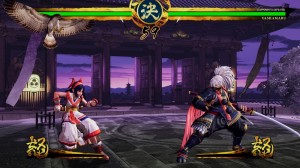