Beyond Over The Top

Zombies and comedy always went hand in hand in Dead Rising and this third game is no different. The assortment of whacky weapons goes above and beyond. Want to fire adult "massagers" at zombies using a leaf blower? Sure why not. Want to wire a car battery up to a Blanka mask and imitate his Street Fighter powers to take on the undead? Go for it! These are just two outlandish examples among many combinations of weapons. Sure you have your brutal standbys such as shotguns and machetes, but there really is something to be said about a game that allows you to give an animatronic teddy bear two light machine guns and wire him to kill anything that moves; with love.

The comedy isn't limited to prop comedy though. You'll encounter several humans throughout the game that have lost their minds, serving as boss battles. The series has always had a variety of creepy bosses, to hilarious bosses. Some live up to the creepy aspects, but this time around there is a severe lack of comedic bosses. A few did get a chuckle or three out of me, and one in particular. A champion eater decided that the buffet was her domain and hers alone and had me rolling with laughter as she zipped impossibly fast across the room to gorge herself on food in a vain attempt to regain health.

The story - never a shining point in the series - is there and it's not awful but does take as much of a backseat as it always has, despite having a much larger narrative in comparison to older titles. I was begrudging of Nick Ramos at first as a lead character, missing the witty remarks of Frank West and the one-liners of Chuck Greene, but Nick brings to the table something that protagonists before have lacked. He's relatable. He feels like a guy dropped into a bad situation, not a smooth operator but not a complete coward either. He just wants to survive, like everyone else. His compassion for those around him makes him the most believable of the three protagonists in the main games.

The Dead Walk, And The Dead Rock

Potential buyers should be aware that the listed system requirements are dramatically overestimated - a strange thing in PC gaming. Considering that the Xbox One's GPU is on par with the Radeon 7790, it is strange to see the PC version requiring a "NVIDIA GeForce GTX 570 / AMD Radeon 7870 or higher". My AMD Radeon 7850 does not meet the specification but my game ran smoothly with every graphics setting maxed out.

The game includes all the downloadable content released for the Xbox One version and while none live up to the main game, they do provide some outside narrative of minor characters from the game.

Dead Rising 3 had big shoes to fill, following in the wake of two games that had huge impact on the gaming community. While it is by no means a perfect game, and falls slightly behind the original Dead Rising, it is a welcome breath of fresh air into an otherwise stale zombie genre. It may be almost a year late for PC users, it's better late than never.

Bosses leave something to be desired, vehicles handle sluggishly, doesn't quite live up to the uniqueness or difficulty of a Dead Rising game. 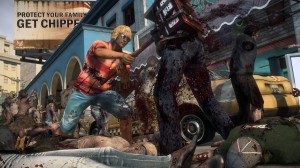 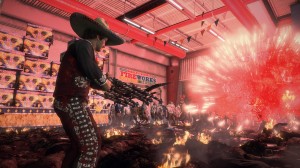 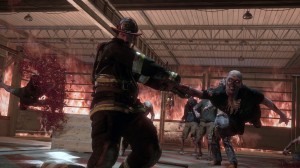 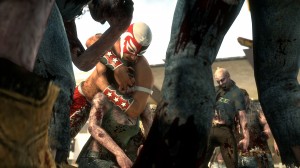 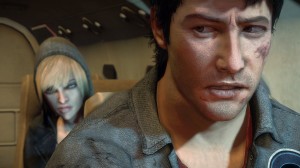