The interface in Cities: Skylines is clean, so much so that within my first half hour of playing I understood where the tools I needed for building my city were and most importantly how to control it. The one major issue I had with the interface is that it often doesn’t provide specific details as to how to solve certain issues. I’m not entirely sure if it’s possible to combat pollution, but planting trees near industrial areas looks like it could do something. Fixing clogged up roads was a similar challenge, as I was unaware if what I was doing to correct the problem would in fact make things worse.

The biggest challenge for me however was not the interface, but rather building out a transportation network. Not because it was obtuse or difficult, but because it provides so many options that I often couldn’t decide just how best to approach a situation. Do I create a multi-tiered highway system to navigate between different areas of the city, or should I expand my underground metro system and increase its budget in order to lighten the load on my current road network? As it turns out, I’m absolutely awful at designing road networks, much to my roommates frustration, so I created massive unconventional layouts and transportation hubs to offset this. It’s impressive how vast the transportation aspect to Cities: Skylines is, and it allowed for me to create some widely varied cities that could not have been possible without it.

One thing that I was bothered by was the frequent breaks from the simulation. It may not be a precise simulation, but there are a number of issues that can’t be overlooked. Planes fly through mountains and buildings, parks cannot be placed near pedestrian paths and traffic will continually use only one or two lanes despite being on a highway and causing a traffic jam as a result. While these are minor issues overall, it frustrated me just how often they occurred.

As you build your city further, you will regularly level up once you reach a certain population and unlock new tools and buildings. This is how you progress through the game, as more advanced buildings like hospitals and airports won’t unlock unless you’re large enough to accommodate them. There are certain unique buildings however that can only be unlocked once you have met certain requirements. Like building three of each type of education building, or for the more negative mayors having 50 percent unemployment once you have a minimum of 11,000 people. These unique buildings can be built once per city, provide long term positive effects and also contribute towards unlocking monuments. Monuments are massively sized buildings that basically turn your city into a futuristic metropolis, solving problems such as education and electricity all by themselves. They’re difficult to get to, but they provide a great incentive for playing outside of your comfort zone in order to unlock them, because they are absolutely worth it.

Perhaps the biggest determinator as to the longevity of Cities: Skylines will be the mod support present within the game. That is to say, the sheer amount of potential that the mods have is simply astounding in my book. It comes with a map editor and an asset editor, allowing for you to create new buildings and terrain right from the start. Even though it has not released yet, there are already plenty of mods available that show just how broad it can become. I’ve downloaded a map of Tamriel, a medieval style house and a mod that allows for a full 100 square kilometers to be developed. My personal favorite is a ‘Blockbuster’ texture pack, which makes everything look like I’m in a Michael Bay movie. I’m excited for what the mod community can do once the game is fully released, and if what they have created so far is any indication it is going to be great.

With style and grace

I’ve built high rises that tower into the sky, while across the river factories pumped out clothing that will be shipped through the center of my city on a cargo train. I’ve accidentally burned down large chunks of farmland as I had to contend with seniors living in no more than small shacks on the side of the road. I may have failed beautifully in managing my city, but Cities: Skylines allows me to create a vast, complex ecosystem of a city that I can call my own, and it does so with style and grace. 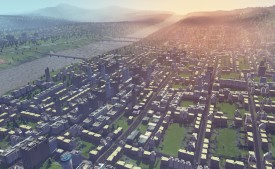 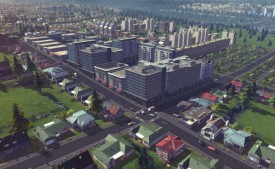 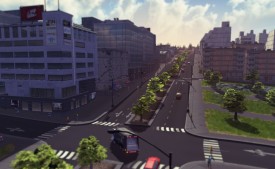 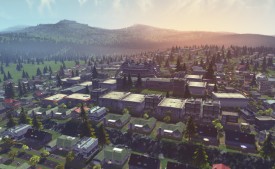 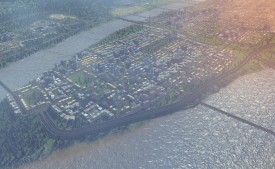 Watch the development video and Design your own Fall Guy

Take care on your way

Seven Days With You: The Most Precious Memory In Our Lives

I Ain’t Afraid of No Ghost!