Elena Elkhorn is lost. Her father is missing and, hiding under the covers of her bed, she decides to uncover the mystery of his disappearance. So begins the story of Whispering Willows, but young Elena is unaware that the vanishing of her father is only one thread in the haunted, and sometimes haunting, mystery of the mansion where he tended ground. The game’s Steam page lists genre tags which can also be read as mission statements: adventure, horror, puzzle. If these were the goals, Night Light Interactive have accomplished them. Handily.

There is much that is striking about Whispering Willows but nothing more so than the story of Willows Mansion. Such a conclusion is fitting considering that the next genre tag I might add would read “interactive fiction.” Indeed, from the very outset, it seems clear that the game’s priorities lie in immersing the player in the story first and providing deep gameplay second. Gameplay does not quite die on the sword of narration, but it does seem clear, from the opening question onward – what happened to Elena’s father? – that puzzle solving takes a backseat to unraveling the mysteries of the mansions inhabitants.

It isn’t long after arriving at Willows Mansion that poor Elena finds herself confronted with an angry spirit. Thankfully, most of the ghosts she encounters after plummeting through the brittle ground into the catacombs below are more akin to Casper; if, of course, the Friendly Ghost has died a particularly violent death. The spirits she encounters are unsettling and send her on missions but are rarely a threat. Dangers do skulk in the shadows and skitter, just out of sight, but these ghosts are more interested in being understood than in drinking her blood; they want to make use of her, send her on missions, tell their tales.

Along the way, she will discover notes and unlock diary entries. The notes are paragraphs long and are written from the perspective of important characters. They are easily some of the most compelling content in the game. The writing quickly reminded me on Amnesia: The Dark Descent, with its tight, Weird Tales-like prose. Elena’s diary is another matter. Short and childish, they provide insight into her thoughts as she explores the grounds. They, like some of the game’s gamier elements, feel almost forced. The diary exists because we need a window into Elena’s mind but they lack the authenticity of the notes; they feel like reminders for the player who has stepped away and needs a refresher on the story so far, not like something a girl might have actually written. Thankfully, once the realization of their purpose sets in, they can be treated as such and pushed to the side.

A game such as Whispering Willows lives and dies on its atmosphere. If it intends to haunt, it must be haunting. It must perpetually endeavor to make the player uneasy. Night Light Interactive delivers, pairing the game’s eerie story with a wonderful soundscape rich in echo and reverb. Walking past graves, moving from room to room – each black until it is discovered – each of Elena’s footfalls echoes from the walls, making the player uneasy about what they may have heard and be hiding in the shadows just ahead. The musical score is also fantastic and adds to the general feeling of disquiet that persists from the login screen forward.

Night Light’s choice of art style is an interesting one. Everything is hand drawn and feels carefully crafted. Characters, however, all feel like they could appear in a Saturday morning cartoon. They stand out from the backgrounds, even if ever so slightly, but that contrast not only works but even enhances Willow’s aesthetic appeal. But while the color-rich environments mesh well with the story, some of the character art fails to meet the theme. It is inconsistent, as some figures – and thankfully the most important, Elena – fit in well.

Where Whispering Willows falls short is in the actual gameplay. Though it is easy to see the adventure game leanings through discovering items in the environment, adding them to your inventory, and using them to solve puzzles, it never reaches the level of games truly dedicated to that genre. Items are quite easy to find and once you have them, the challenge comes in remembering where, rather than how, to use them. Finding a crescent moon key means unlocking a crescent moon door, for example.

Even the game’s most interesting feature, Elena’s ability to shift into spirit form, feels slightly shallow. It is admittedly neat to hit a button and become a floating, flying ghost whenever you wish, but when you realize the majority of what you’ll be doing is slipping through holes to possess flip switches and unlock barriers, it feels like a well of untapped potential. Night Light does infuse being a spirit with excitement from time to time, such as when Elena’s corporeal self is being chased by a risen dead and her only hope is for her spirit self to slip through that hole and flip the switch just in time. But the system is at its best when Elena is a spirit amongst spirits, using her form to commune with things not of herself but also just like herself.

Playing the ghost, or just the exploring girl, is a room to room journey, bringing light to the darkness every step of the way. It feels slightly Metroidy in a way, which makes it all the more curious that there is no in-game map to speak of. Most of the challenge in the game simply comes down to remembering where you need to go once you’ve acquired an item.

This isn’t helped by the fact that movement is decidedly slow. Unless Elena is being chased, she walks at a normal, plodding pace. Visually, a walking pace is perfectly fitting, but in terms of actual gameplay it makes travel feel like a bit of a slog. These two things combined with the game’s brief runtime make it easy to wonder whether Night Light Interactive wasn’t simply padding out the experience to make it play slightly longer.

Whispering Willows is an easy recommendation but only for a certain kind of player. Players interested in choice or challenge need not apply. Those looking for an eerie, atmospheric story and are willing to sacrifice depth of gameplay to find it will find a lot to love. The gameplay Whispering Willows delivers serves its purpose, but it’s clear the developer’s aspirations were to immerse the player and draw them in. On that point, this freshman effort is a success. 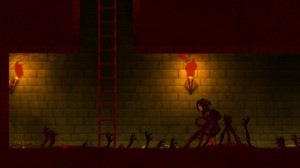 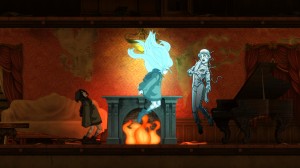 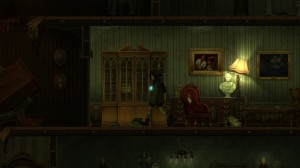 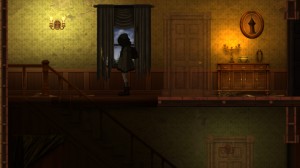 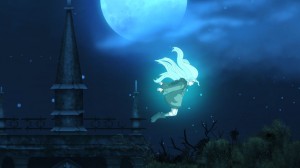 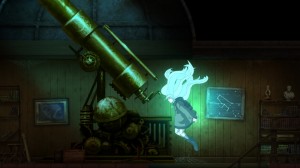