A City Surrounded by Danger

Vambrace: Cold Soul is a dungeon crawling RPG in which four characters delve into different dangerous areas where they encounter enemies, loot, and fight bosses. If you've ever played Darkest Dungeon, Vambrace reminds me a lot of that but with a few interesting elements that set it apart. That is, there's a much larger focus in Vambrace on the story being presented and there are plenty of gameplay moments that aren't spent dungeon crawling as a result.

Outside of dungeons, you spend much of your time in Delearch, the game's main hub area. Delearch is surrounded on all sides with dangers and even an ice wall that will kill whoever touches it. This is reflected in most of the inhabitance there. There's a general sense of hopelessness in the people you interact with and even small things, such as people burning furniture for warmth, expose just how desperate of a situation the people of Delearch are in.

I enjoyed learning about each character and their unique struggles. Not every character is vital to the plot, but their dialogue goes a long way to sell just how bad the situation is. Each time you successfully complete dungeons, the people seem to be just a little more hopeful, and it feels like you're really making a difference in their lives.

Lambs to the Slaughter

The other half of Vambrace: Cold Soul's gameplay comes in the form of dungeon crawling. You're able to recruit three other characters to accompany you, all with different classes and perks that may help you on your perilous journey. These characters come in a small group of random classes for you to choose from, so you never know what you might get. However, the characters feel very disposable as they're simply replaced no matter what time investment you've sunk into each as there is no leveling system or much in the way of characterization. This is only a small issue, but to me, it seems to go against the way the town's people make you care about their plight. I feel much less weight on these characters going directly into dangerous situations than I do the people in Delearch who are slowly withering away.

However, that in no way means that the dungeon crawling is somehow safer than the story aspects. The abandoned areas outside of Delearch are filled with all sorts of enemies and hazards. Using different characters' abilities and stats helps you navigate around traps, find loot, and keep your team alive against the onslaught of ghostly enemies. In my experience, planning goes a long way toward ensuring success. One wrong move could mean devastation for your entire party.

And when I say 'one move,' I really do mean movement through each environment. As you make your way through each ghost town, the ghosts and ghouls who inhabit these areas hunt you down. There's a handy meter that fills up when you move from one room to the next or complete different actions. When it reaches the red bar, you're going to be facing off against some pretty difficult enemies. This meter makes sure that you're constantly planning to reach the end of an area ahead of the ghostly arrival.

But while I enjoy the urgency to get through areas and how it insures that I make do with what I find, I found it especially cumbersome in combination with the game's map. The map is used to show you what paths there are and which rooms you can enter through which paths. As you discover rooms, the map becomes updated with what you found in that room. However, it's sometimes unclear which path is which. The rooms on the map are long and the game places an icon of your character in the room's center. As such, there's no way to tell exactly which side of the room you're on as the perspective flips and you get turned around.

This wouldn't be a big issue, since you only encounter enemies in the center of each of these rooms if there are enemies to encounter at all. But it becomes a huge issue when the meter fills up because you became confused and took the wrong path which brings you away from the area's exit. The enemies encountered once the meter fills up are very difficult and can easily take out party members who haven't had the chance to heal. For the most part, the meter is tight to beat, and so this happened to me a lot while playing, despite my best efforts to make sure I was using the right path.

Taking the wrong direction would also be less of an issue if camping wasn't limited to specific places in each area. There's not much extra exploration you can do because the meter is hard to beat, so if you don't encounter a camping spot you just have to hope that you will in the next area before you do any major fighting. Camping is vital because it's the only time you can use items or use skills to heal party members. Essentially, the issue with the map snowballs into a much bigger problem that makes the mechanics put in place to keep the player on their toes feel unfair, and thus much less fun to navigate.

However, while navigating the map may be annoying, combat is difficult in a fair (and therefore rewarding) way. Each of the ten classes work with different attacks which can reach different enemies. Long range attacks can hit any enemy, medium attacks can only hit the first three enemies, and close range attacks are usually limited to the first two enemies. Each character has a basic attack as well as a special attack that has to charge up after being used. The special attacks have a variety of different effects, from attacking more than one enemy at a time to stunning enemies or buffing companions. It becomes very important to strategize with these attacks since they can't be used every turn, and I liked mixing and matching classes for different synergies.

I do wish that you could use at least some items in battle, since enemies can very quickly focus down a character and leave them at death's door. That aside, I enjoyed the various items at my disposal when I could camp and use them. You can buy items, but this seems much less viable as Vambrace: Cold Soul also sports a crafting system. You gain crafting materials each time you go out and explore the ghost towns, so I found that it was rare that I was low on supplies after just a few times exploring.

But while I appreciate the crafting, I can't say the same about the UI. When trying to store your items you get reset to the top of the item list each time instead of leaving you in the slot of the item you just moved from your inventory to a chest. This means that for each item you want to store you have to scroll all the way back to where you were. This gets tiring when you have lots of items and just want to get back to the story or exploring dungeons. It isn't the only example of the UI being obtuse, as there's a bunch of little issues with it that make you spend more time dealing with menus than you'd like.

Overall, Vambrace: Cold Soul is a fun game that's brought down by little things that lead into bigger issues over time. I appreciate a good challenge, but there's often a fine line between a challenge which is fun to overcome and a challenge that feels unfair and unrewarding. Where Vambrace shines is in its world building and storytelling which I enjoyed the mystery of. The map, however, can freeze out in the icy ghost towns for all I care. 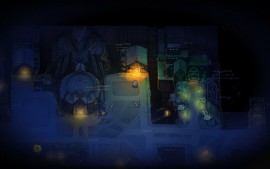 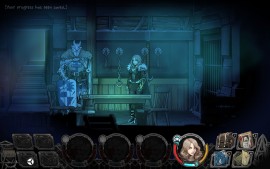 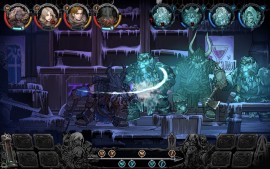 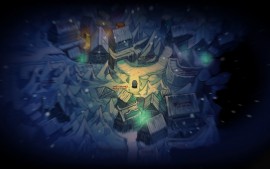 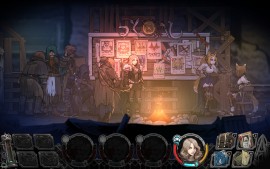 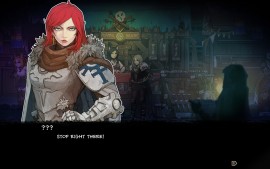