My mum would often knit clothing such as jumpers (sweaters), scarves and beanies for me and my sister when we were younger. She had plenty of time to relax when we were at school, especially since Facebook (or indeed, the Internet) weren’t around to waste time, and as such spent her free time knitting. She would go through numerous balls of wool in order to complete her woolen designs. Unravel is a game that has gamers playing as that ball of yarn, albeit one that has an anthropomorphic character.

The story in Unravel is more of a collection of stories retold in the form of a family scrap book. As Yarny completes a level (each based on a family photo within the house), he collects a special woven decoration for the scrap book cover and unlocks a part of the story within the memoir.

The location for each level is determined by the setting within each of family photos displayed on the mantelpieces and shelves of the house. Right from the outset, Unravel is visually captivating. As our little friend Yarny steps into the wilderness, it is clear that the developers have taken plenty of time to craft what is not only a series of beautiful landscapes, but also locations that fit in with the story. Lush gardens, sandy beaches, rugged mountains and a snowy wilderness all feature wonderful detail.

The primarily string-based (rather fitting) soundtrack is captivating as well. It sets a lovely relaxing atmosphere whilst Yarny is exploring the environment for the lost pieces. As there is no dialogue at all, it is only the violin pieces that provide for any audio ambiance. Drum beats provide a dramatic effect when required, and whilst sound effects are used somewhat sparingly - especially in the first few levels – they help to convey the predicaments that Yarny finds himself in at the various stages throughout the game.

Weaving in and out

Unravel contains some wonderful level design, and for the most part, the puzzles are reasonably straight forward. I did however, find myself challenged on a number of occasions by some of the more complex puzzles. For some of the puzzles, the order you do things is important, and only after I had tried things several ways did the puzzle work. Yarny unravels as he progresses too, making him seem almost like a stick figure as he reaches the end of his tether. Part of the puzzle element requires getting him to balls of yarn scattered throughout the levels in order to add to his body and allow him to progress further.

Yarny is somewhat of a Spider-man clone when it comes to his skills. He fires out a thread of yarn which can hook onto various points throughout the locations. Once hooked on, he can swing from point to point using the same web-slinging action that the spider-bitten superhero employs to get around New York. He jumps, climbs, and interacts with objects lying around the landscape, some of which were not immediately obvious that they could be used in order to solve the puzzles. I found that this was only really a factor early on though. Also, apart from the woven pieces for each level, Yarny must also collect five special ‘memories’ for each level. Finding and reaching some of these memories adds to the challenge.

As well as running out of yarn, there are plenty of dangers for Yarny to overcome. Many are environmental such as water (he can withstand a small amount of water, but getting soaked is deadly), but there are also animals such as birds, crabs and rodents that would like nothing more than to take a bite of our fraying hero. And later in the game, there are machines that could squash Yarny if he takes an incorrect step.

The balls of yarn that Yarny finds along the way, not only add to his body, but also act as checkpoints, and they are scattered around the locations quite frequently. There were some lengthy puzzles that got me frustrated, though. I had almost reached the end of the set pieces, only to die on the last little bit, then having to complete the whole section again. Of course, that provided part of the challenge, but that does little to ease the annoyance.

The End of a Journey

I’ll be honest in saying that I was surprised to hear that EA was publishing Unravel. Here was a game that didn’t really fit the EA mould. It wasn’t a shooter (such as Battlefield), or a yearly sports title (FIFA) or a big budget RPG (Dragon Age), but they picked it up nonetheless. And I hope that they’ll consider other puzzle games in future because Unravel is a flawlessly beautiful game that is a joy to play. The gorgeous visuals and wonderful background music work well together, setting the tone for the reminiscent storyline that unfolds as you grow deeper into the game. The simple controls work equally well whether you’re using a controller or a keyboard allowing the great level design to show through. With each of the levels adding a new hazard of some sort, it allows Unravel to remain fresh throughout. And although the credits mention that Unravel was ‘the end of a journey’ for the Coldwood team, I’m hoping that Yarny gets another adventure to take us on. 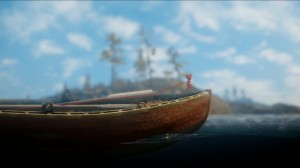 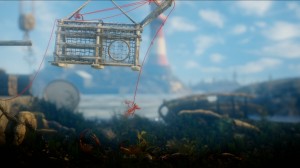 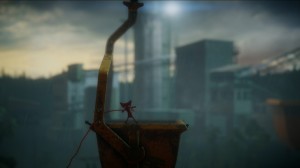 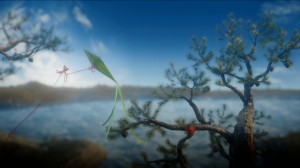 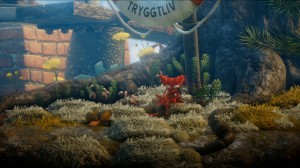