They say that imitation is the sincerest form of flattery. If that is true, TransOcean: The Shipping Company - first released in 2014 - is a superbly flattering game as it is a nearly exact copy of the 1987 classic Ports of Call. Just with better graphics. TransOcean didn’t hit the right note with everyone, but it did with me. I spent days building up my shipping company and enjoyed the light micromanagement involved. I discovered the game a year after its release, so for me the wait for the sequel wasn’t too long. TransOcean 2: Rivals sets out to improve on the original in almost every way. It succeeds in some areas, but not in all.

First, let me outline the game for you. As the player, you are thrust into the seat of a would-be shipping magnate. A single ship, a handful of cash and a loyal advisor are all that you require to found a transportation empire to rule the oceans. If you have played the original, you will recognize some of the characters that you encounter in this sequel. The game continues its - admittedly light - story of betrayal and payback which is standard fare for many games of similar ilk.

Picking up cargo contracts, you ship containers, liquids or bulk goods from port to port. It’s a rather busy job as there are repairs, upgrades and deadlines to worry about, not to mention making enough money to buy that second ship, maybe even branching out into a different type of cargo.

TransOcean 2 introduces AI players. The game attempts to instill a sense of competition with them but doesn’t quite succeed at doing so. During the campaign the AI certainly adds some flavour. Missions revolve around becoming the biggest, the one who ships most contracts and similar easily to quantify objectives. I suspect most players will play the campaign once and then shift to the sandbox mode. There, the primary role of the AI players is to keep you company. Sure, they work hard to grow and may tower over you in terms of company value. But they’re not picking up the same contracts, or dip from the same pool of available ships. Their only “threat” is that they can buy up subsidiaries such as wharfs and tugboat companies before you can. They take a share of the money you spend there, but that is all there is to it. It is definitely fun beating the competition to subsidiaries but in the grand scheme of things it has little real impact whether you pay the docking fees to Joe Anonymous or one of your competitors.

Running out of time

So you are still mostly playing against yourself. Well, that and time. In the original game time could be paused, in TransOcean 2 it cannot. This would not be such an issue if time moved slowly, but it’s fast enough that once you have four or five ships in your fleet, you are scrambling to keep up with their orders. With time constantly running, selecting a new ship is an almost stressful experience. Any time you spend considering the ship’s type and statistics is time you’re not spending on ensuring your ships are making money. Worse still, ships sitting in port are actually costing you money.

Contracts in port change fast too. Spend 30 seconds watching the list of what is available and the deadlines have already been moved up, the prices have changed. Click to fuel up on diesel and you are in to a new day - that contract that you could only just fulfill in time is now going to suffer late fees. You would like to plan a pickup and drop somewhere in between your final destination to optimize your profits? Haha. No, seriously - don’t. The time you spend planning will cost you.

There is some method in the madness here. TransOcean 2: Rivals not only adds AI players, it also supports multiple human ones. Competitive multiplayer games and pausing don’t work all that well together and the faster pace is probably quite welcome there. It is a shame, then, that where time is concerned the single-player mode is treated exactly the same as multiplayer.

TransOcean 2: Rivals is a decent game that is having some trouble leaving the starting blocks. It has beautiful graphics, it fixes some of the issues I had with the interface of the original, the campaign is more focused and you are no longer vying to become the world’s top shipping mogul in a world without other wannabe moguls. That the AI is somewhat inconsequential in the sandbox game is a little disappointing but could potentially be solved by adding the ability to buy out the competition and by having the AI and human players all compete for the same stack of cargo contracts. While these things are high on my wishlist, there is one thing that must be fixed before Rivals can really be enjoyed, and that is to make the game pausable. Without that, TransOcean 2 is more of a Volvo Ocean Race simulator than it is a shipping tycoon sim.

Improves upon the original in many areas.

Leans towards being arcade with its current speed settings. 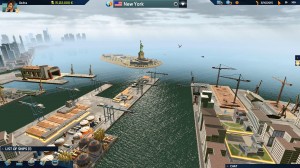 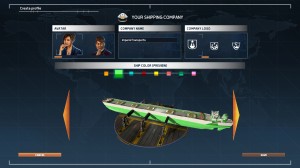 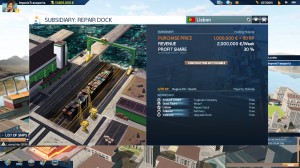 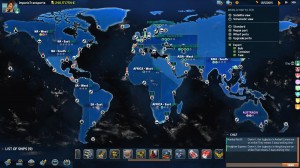