The Surge is Deck13’s science fiction successor to 2014’s Lords of the Fallen, a fantasy action-RPG that took plenty of inspiration from the Dark Souls series. Removed from the shackles of a fantasy setting, the developers at Deck13 have created a challenging and engaging sci-fi adventure that is a blast to play, despite some rough spots in the story.

The Surge places you in control of Warren, a wheelchair bound everyman that is starting a new job at CREO, a multinational corporation that has its hands in every field, with an emphasis on climate controlling satellites. After a disturbing sequence where Warren undergoes surgery without anaesthetic, he is equipped with a rig that enables him to walk and traverse the world with surprising speed. CREO, employs these suits to enable humans to perform tasks that they otherwise never would have been capable of.

Unfortunately, a series of events has resulted in the CREO facility being overwhelmed by hostile machines, where the workers and indiscriminately killing other humans on sight. Warren wakes up right after things have gone to hell, leaving you to uncover just what went wrong in the facility.

Not quite fleshed out

Though the story is interesting, it never quite gets the time to properly mull on the theories and ideas it is professing. The nature of how humans have come to be so integrated with technology is an intriguing concept, but the game never spends the time needed to develop it past a couple of asides. With piecemeal bits of information to rely on, I was never interested in following through the main story to discover what was going on.

Where the main story falters, the environmental storytelling succeeds. The few living NPCs you meet provide a small set of tasks for you to complete, but the true highlight of The Surge lies in the dilapidated world you explore. Well-voiced audiologs provide background information, while little details like graffiti and worker safety warnings help to flesh out the industrial factories you explore. The world is colorful, bursting with stunning rooms and buildings that thankfully never rely on the same palette even in the game’s later stages. Videos that promote CREO itself were a highlight in my time with the game, as they felt eerily similar to how modern day tech companies promote themselves, creating an underlying sense of unease throughout.

That unease is also enhanced by the ever present threat of brutal death and dismemberment at the hands of countless machines and rig-using workers that hide around every corner. But thankfully, The Surge features an easy to pick up third-person combat system that is much improved from Deck13’s previous game, Lords of the Fallen. While Warren’s rig is large and at times cumbersome, the gameplay unfolds much like a dance, as you learn the patterns of each enemy and the weight of each weapon that you wield. It relies on mastering the timing of your attacks, and there were multiple instances where I narrowly defeated an enemy because I timed my swing just right.

The Surge has been compared to the Dark Souls series multiple times since its announcement, for good reason, but the combat is more evocative of its sister title Bloodborne than anything else. Dodging is key, with the block button serving as an optional tool that you should not rely upon if you want to progress easily. Proper resource management, whether that be health, stamina or energy, which is used for special attacks, is key to surviving fights. Coupled with the multitude of weapon types, which increase the proficiency of a certain kind of weapon the more you use it, and you have a deep and responsive system that is a joy to play. Though I grew tired of the main story, I was not once let down by the combat in The Surge from the opening minutes to the final boss.

Much of that is the result of the game’s dismemberment system. While there are occasionally items are found lying about, most of the armor and weapons you find will be obtained by the enemies themselves by cutting off the appropriate limb. When an enemy reaches a certain health threshold and you have enough energy, you can activate an attack which will instantly kill an opponent by severing a limb, while also enabling you to receive the armor or weapon that was attached to the limb. It’s a fantastic system that encourages the player to plan out how they will go fight in each encounter, creating even more options for combat.

The pieces of armor and weapons that you cut off will not be able to be used automatically, as they must be crafted at an Ops station, which is also used to spend scraps, The Surge’s version of experience points, to level up and improve your rig. You need the schematic gained from enemy limbs, as well as the appropriate amount of scrap and upgrade materials to build an item. Though plenty of RPG’s have tried to implemented a crafting system, The Surge is one of the few to actually make it compelling and interesting. It’s simple to use, and encourages players to defeat enemies in certain ways to gather enough of the appropriate crafting material.

As mentioned previously, Ops stations are where you will craft your gear and upgrade your system. Through the use of a Medbay, you can upgrade Warren’s rig to increase its power so that you can equip more armor, but will not directly increase your stats. That is the function of implants, which can be installed to provide special bonuses such as increasing your health and stamina, slowing energy depletion, and adding additional healing items to your arsenal, among others. You can completely change Warren’s specialization quickly, as you mix and match different implants that will change how you explore the areas and fight off enemies.

For the most part, those enemies are engaging to fight. They range from the newly homicidal workers to massive machines that seem to have a life of their own, and all require different approaches to ensure that they stay dead. The exception to this is, unfortunately, the boss fights themselves, which are surprisingly dull. There are only a handful of bosses in the campaign, and they were often overshadowed by the regular enemies that I had to fight time and time again.

The Surge is a surprise, utilizing its near future sci-fi setting to create a unique world that is a wonder to explore and uncover. Though its story fails to take off, the awesome combat and engaging crafting and upgrade system are more than enough to make the game stand out amidst the increasing gaming landscape. 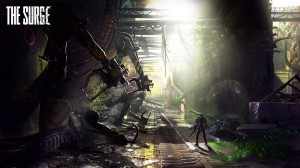 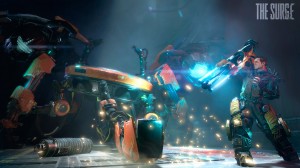 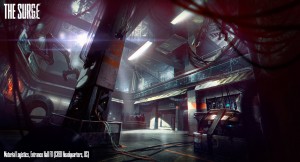 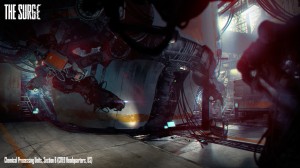