END OF THE ROAD

So here we are. The third year in a row we have an Incredible Adventures of Van Helsing game, and this one marks the end of the series. The previous two installments were quite well received, particularly on this website, so I was interested to jump in. Although the third game in a trilogy isn’t the ideal time to enter a series, it does allow me to review this game on its own without referring to its predecessors. I had fun, and plan on playing more of this action RPG once I’ve completed this review, but The Incredible Adventures of Van Helsing III is certainly not without its problems.

In fact, the problems arose before I had even started the game, because it wouldn’t even launch. After trying a few “fixes”, I eventually had to edit a Windows registry before the game would run, and I wasn’t the only one having this problem. Hopefully this is fixed by the time you get round to playing it. I was also excited to sit in my living room and play it on the big TV with a gamepad, since the game is listed as having “full controller support”. Diablo III was ported to console, and by all accounts controls very well there.

However, using a controller with Van Helsing III is very inadvisable. The in-game tutorials are not changed if you’re using a gamepad, so I was left trying to figure out the controls myself. On top of that, the tutorial windows point to the areas of the UI that it’s telling you about. Except when you have a gamepad plugged in, the UI is completely changed, so the arrows were pointing to empty parts of the screen. Even looking at the controls in the menu didn’t help much. Eventually I resigned myself to reverting to keyboard and mouse controls, and starting again from the beginning so I could actually benefit from the tutorials. If you do this, make sure you don’t have a controller plugged in when you launch the game, because it won’t let you switch between keyboard and controller without restarting.

Even with a control scheme I could understand, the tutorials weren’t that helpful. In fact a lot of them simply say “go and read about this in the menus”. I don’t know if the tutorials in the early game were any better, but assuming your users have played the two previous games is risky indeed. Finally, after several hours of frustrations, I was able to fully dive in. Thankfully, I even started enjoying myself. The way the progression is dialed up to the max is wonderfully compelling. You’re seemingly leveling up constantly, and quest rewards often come with new points you can spend on attributes and abilities. Every few minutes your character is becoming more and more powerful, and that’s even without the constant loot that drops. In fact so much drops that I was often left wondering what that most recent thing I picked up was. A little indication that something in your inventory is new would’ve been nice.

There are also so many abilities and ways in which you can adapt them it’s a little daunting. There are six classes to choose from, and each of them has a number of different active abilities. You can level up the individual abilities so their base stats become better, or you level up their modifiers, of which there are three for each. Each ability also has four extra parts you can level up. There are also passive auras which you level up using the same points. It’s just too overwhelming, and there’s so much text to read you can barely figure out what your best course of action is. I imagine it’ll be nearly impossible for two players to have identical builds with all this variety, which is sort of a good thing, but there was just too much for me to handle. On top of all that, not only are you leveling yourself up constantly, you also have a companion in Lady Katarina which you have to keep an eye on too. She has a more traditional talent tree with three branches which you spend points in which can either buff her, or provide additional bonuses to your main character.

The sheer amount of content doesn’t stop at customizing your character either. In the area which acts as the hub of the game, you can teleport out to the various locations, visit vendors and crafters, and utilize a beast which goes out on missions for you. There’s also a war invasion board which you can fiddle around with. None of it was explained all that well, and I ended up ignoring it for the most part and simply running the main storyline.

Speaking of the story, it’s your standard fantasy fare mixed in with the lore of Van Helsing, and it’s not all that engaging. There are all manner of beasts, vampires, ghosts, and while everything is voice acted pretty well, I began to skip lines of dialogue after the first couple of hours. I wanted to get back to slaying monsters, and despite the needless complexity, once you actually get down to the combat, it’s a lot of fun.

All in all, The Incredible Adventures of Van Helsing III is a little too complex for its own good. It’s always nice to have variety, but when you have to trawl through everything and the kitchen sink to find your ideal build, it takes some of the fun out of it. That said, it’s still highly enjoyable to have a constant stream of gold, loot, and ability points flying at you. It’s also impressive that Neocore Games has managed to create games as large as this for three years in a row and release them at a relatively low price point. As I said, I’m going to be playing more of it, but I would beware if you haven’t played the first two in the series.

Day one problems soured my experience. Too much complexity for newcomers. 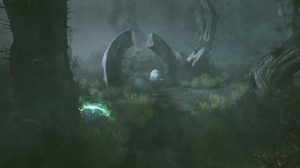 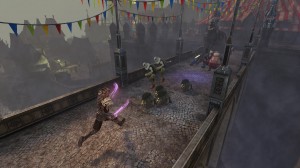