Though the original two Battlefront games sported campaigns that followed major battles from the original and sequel trilogies, the prospects of a fresh, original campaign covering new ground is one that excited players. Framed around Imperial special forces operative Iden Versio and her evolving relationship with her leadership, the single player campaign is rather enjoyable, even if it is a little shorter than I would have liked. It does its job of expanding the Star Wars canon a bit by introducing a couple of new characters (well, characters not seen in the movies, at least), and while it has its flaws, it was engaging enough to keep my attention for the duration of its 12 missions.

While Iden is the primary character, the campaign also acts as a sort of pseudo-tutorial for other playable heroes in the game, causing her story to become somewhat sidetracked. The actual tutorial itself is rather unhelpful, doing little more than giving the gamer a brief rundown on the controls for the basic troops, and, if you’re good enough, one of the game’s hero and villain characters. But, besides that, it would be better to stick to the Campaign mode, as it does a much better job of introducing the skills required for each of the heroes and the classes. Given how basic it is, and how better covered the information is elsewhere- like the campaign or the multitude of special Challenge missions- I’m honestly not quite sure what purpose the official tutorial is really meant to serve, looking and playing more like a quick sample level that you’d see at a gaming expo than a beneficial way to get new players in the know.

As fine and dandy as the offline offerings in Battlefront II are, the multiplayer modes are clearly where you’ll end up spending most of your time. Let’s address the elephant in the room here right away. Yes, getting into the game a little late definitely puts gamers at a disadvantage, up against gamers who have opened heaps of loot boxes to uncover all the boosts available. Although most of the matches I have been competing in have been reasonably close, I find it strange and frustrating that I’m constantly against gamers who are clearly higher ranked and equipped with better weapons and boosters.

Much to the joy of the original duology fans, troop classes are back, and they feel quite evenly matched, with the four classes working well together when cooperating with each other and a decent team. Unfortunately, with some of the multiplayer modes, working together in small groups of different classes doesn’t really work as the sheer weight of numbers of the battlefields destroy any advantage of working in a small band. Don’t get me wrong, teamwork is really important, but I too often I felt that my choice of unit wasn’t really terribly important. Further de-emphasizing the idea of tactically choosing a class is the fact that improving your class is tied to random unlocks. Though right now the lootbox system is better than it was with the removal of the ability to purchase them outright, unchanged is the fact that players don’t have control over which upgrades are made available to you. You might get stuff for your favorite class, or you might be buried to the nose in stuff you’ll never want to use. It’s a terrible, terrible system, and has no business dominating multiplayer progression.

The range of multiplayer game types and maps is wonderful though, allowing gamers to play out their Star Wars fantasies across the Star Wars galaxy. While there are a few to pick from that I enjoyed to varying degrees, the largest of the game modes is the Galactic Assault, pitting teams of twenty against each other in all out galactic war. Matches can last for upwards of twenty minutes as the attacking team attempts to capture checkpoints on a map. Whether you’re protecting Naboo from Trade Federation troops, hurtling through space in a TIE Fighter/X-Wing dogfight, or shooting down Stormtroopers whilst running through Starkiller Base, gamers will undoubtedly be able to find a map and game style that they’ll enjoy.

Despite many of the issues people have been having with Star Wars Battlefront II, it’s undeniable that this is the most detailed, accurate representation of the Star Wars universe that we’ve seen outside of the films themselves. Whether you are wandering through the lush forest of Endor, attacking the snow covered base on Hoth, or hurtling through space in a Y-Wing, it all looks amazing. The attention to detail in every single location is first rate, with the visuals not just looking good, but perfectly capturing the rustic futurism and glossy sheen that each trilogy era has become known for. Skimming across the waters of Takodana in the Millennium Falcon is an absolute joy, with the water glistening in the otherwise forested areas. Endor looks absolutely spectacular. Tatooine looks exactly like I remember from the movies. The characters in the campaign mode cutscenes (especially that of Iden Versio) are amazingly detailed. The audio, too, does a wonderful job of keeping players in the Star Wars mood, with every blaster shot and hit of John Williams’ classic music coming in absolutely pitch-perfect.

The great tragedy with Star Wars Battlefront II is that, if you take out some of the asinine design decisions, it really is a wonderful game. It’s clear that there’s a ton of hard work and dedication born of true fandom that shines through, bogged down by interference that leaves the experience far inferior to what it really should have been. It’s hard to mess up a Star Wars game, especially one with a fantastic foundation of past games and lore to draw from. At the end of the day, Battlefront II is still a fun game, but I hope the inevitable Battlefront 3 can take the franchise high ground the series deserves. 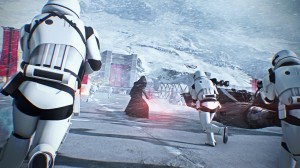 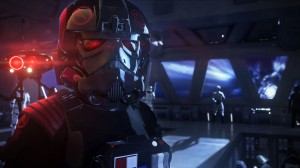 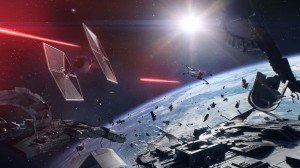 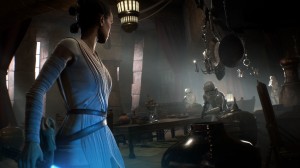 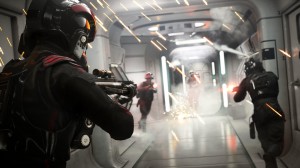 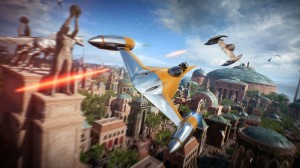 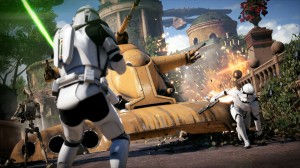