Are We Bored Of Roguelikes Yet?

Roguelikes have only kept growing in number over the last few years. Often freeform, frantic, permadeath adventures with upticks in difficulty designed to frustrate the player if they fail, and to give them the deepest sense of satisfaction if they overcome the challenge.

Personally, I've waded through so many roguelikes that despite their various different flavors, I've become extremely burned out at even the mention of roguelikes. So, after some time away from these sort of games, and after seeing that roguelikes are not losing any interest in the gaming community, I'm ready to hop back in. No one else is bored by them, so I suppose I can give them another go.

A Blight On The World

As many of these sort of games begin, we have a hero dropped into a world of impossible odds. In this case, the essence of life of The Sanctuary, called the Soultree, has become blighted and rather than giving life and peace unto the world, it has begun summoning terrors and hellspawn that are pulling the world into darkness. A quick recap, you have the Soultree and it's being blighted. Soulblight. There, you get the name.

The story quickly takes a backseat to the rest of the game, but I'm definitely in love with the setting. Presented in a top-down fashion, the world in Soulblight is dark, magical, and mechanical. Part H.P. Lovecraft, part M.C. Escher, and just enough light to see immediately around you but no further than that. As far as top-down games go, Soulblight is a treat to look at; a blighted one full of sin, but a treat nevertheless.

In Sickness, And In Health

Gameplay wise, Soulblight is as difficult as you'd expect a roguelike to be but it's also a bit more in depth than you'd expect. Where most roguelikes are slaughter rooms of kill-em-all, where one touch is often fatal, Soulblight is a roguelike for the thoughtful gamer. Through the course of the game, you'll find yourself willfully becoming blighted in different ways to achieve positive traits, as well as balancing against the negative ones. You begin the game at a hundred percent, and depending on your choices you could end up well beyond that, or well below that.

It doesn't just affect your health, however, it affects all of your stats. The weaker you get, the less powerful your strikes are going to be against the enemy. While this is a pretty neat aspect, it also feels pretty gimmicky. Part of the game's sales pitch is quoted as, "Gluttony, Lust, Cannibalism - how far are you willing to go?" But it doesn't feel like that at all. The stat balancing to keep your meter at an adequate or above-par level is interesting from a gameplay perspective but ultimately all these blights are just little tweaks to the game that often range from inconsequential, to just getting in the way. That doesn't make me enjoy the game any less, I just would like to see more out of it.

I'm Down With The Sickness

I may not be ready to dive headlong into the ever growing ocean of roguelike games, but I can certainly appreciate my visit back in Soulblight. Combat difficulty feels ever evolving due to the blighted trait systems, the environment is an interesting one to traverse, and even though I didn't care about the plot, the fact they actually tried to put some narrative into a roguelike is refreshing compared to the ones of a few years ago I got absorbed into playing. Soulblight, like the flu, may burn your time for a week or so. Unlike the flu, you'll actually likely enjoy your time spent with it.

Visually pleasing, fairly challenging most of the time, the blighted trait system is a neat idea.

The blighted traits feel gimmicky in practice, story attempt is appreciated but still too lacking. 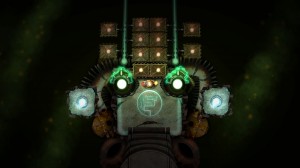 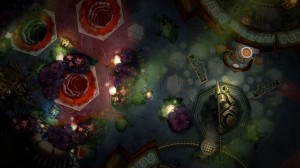 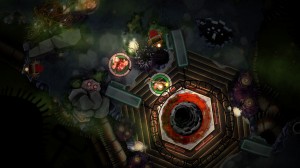 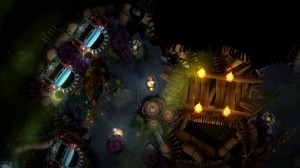