There Goes The World

Global tensions on the rise, conflicts sparking like wildfire the world over, blind eyes to plights and deaf ears to propaganda. While I could easily be talking about the state of the world today, I'm actually talking about the backdrop for the new horror based roguelike RPG Skyhill. When you hear the word roguelike, you know it's going to be a punishing experience; but Skyhill goes far passed punishing.

Or in my personal experience, twenty. I've made it down twenty levels in my several attempts, and the only reason I was able to make it that far was because I finally swallowed my pride and knocked it down to Normal instead of Hard. I keep going back for punishment, determined to somehow make it all the way to the bottom.

You see, Skyhill takes place in a hotel of the same name. The player steps into the shoes of a man who just happens to be in the VIP penthouse the very same day humanity finally pushes itself off the deep end and into a man-made apocalypse of nuclear hellfire and mutated denizens. All hope lost, but still the need to survive exists. The only way out, is down.

Of course, there wouldn't be much of a game if you could just hop on the elevator and ride it to safety. When the game starts, the elevator shaft is on lockdown and you can only activate it every few floors; you'll be riding it up more than down whenever you are actually able to ride it. The rest of your time will be spent trekking down floor by floor as you battle hunger and monsters alike on your journey to the bottom. Truthfully, I don't know what I found more dangerous; the lack of food, or the abundance of creatures ready to tear my head off and feast on my corpse.

Other than the top floor, all the other floors of the Skyhill Hotel have a layout of a central stairwell and elevator with rooms to the left and right. There is a sort of fog of war, that until you dare to enter the rooms or descend a level, you are completely blind to what is going on inside. You may find a survivor, a corpse, enough food to keep you going a while longer. Or, more likely, you'll find one of the various monsters waiting for a fight.

While the fighting is simplistic, it's also very intense. Especially as you begin encountering stronger monsters while under-geared. When the back and forth turn based combat frequently starts weighing against you, run. Run as quickly as you can, because otherwise you're more than likely going to lose everything you've gained; A “continue” button is not to be found here. There is a crafting system to make better weapons, but considering all loot, rooms, and spawn locations for friend and foe are randomized I have yet to actually have the generation swing in my favor so I can actually make some of the MacGyver-esque goodies.

When you aren't fighting, you'll be hoping for supplies. More often than not, you'll get just enough to scrape by. But the longer you just scrape by, the less likely you are to survive. With each movement to a new floor or room, your hunger steadily drops. When you're only finding foods that will replenish only a few points at a time, each step takes you closer to starvation and taking increased damage in a fight. You may find survivors willing to trade, but more often than not they want something that just isn't worth what you get in return. The game is frustrating, it's addicting, and I can't put it down. In spite of the frustration, it's a blast to play. Even if I only seem to play it a few minutes at a time, I can't stay away from it for long. Death, after agonizing death I just want to beat it to say I did it.

If you want a punishing but fun experience, you may yet consider booking your suite at Skyhill. If you can push on through all the frustrations, all the randomly generated 'F-You' moments you'll have to endure, and every inevitable death just to get a little further each time, then Skyhill is your game. If you can't, well, then you probably aren't a roguelike fan anyway.

Random generation seems intent on preventing the player from surviving 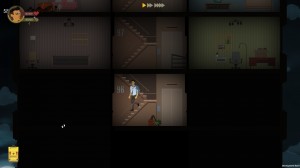 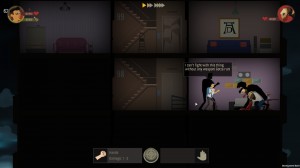 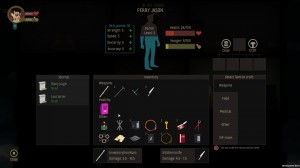 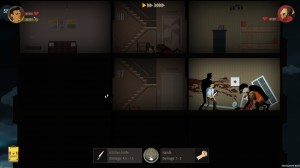 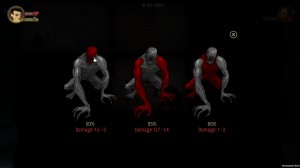 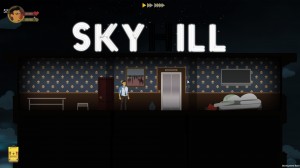