To say Shenmue III is one of gaming’s most anticipated sequels would be an understatement. Created by Yu Suzuki, the action-adventure series first released for Sega Dreamcast in 1999, becoming the most expensive game development for its time. Despite achieving critical success, the first game was ultimately a commercial failure but still warranted a sequel in 2001. 18 years later, after languishing in development hell and a successful Kickstarter campaign in 2015, Shenmue III is finally here at the hands of Ys Net, Suzuki’s new development team, and proves to have been worth the wait.

Set in the 1980’s, the series revolves around teenage martial artist Ryo Hazuki. Continuing directly from Shenmue II’s last scene, the game sees Ryo having travelled to Guilin searching for his father’s killer, Lan Di, whilst helping his companion Shenhua find her missing father, Mr Yuan. Upon returning to her home in Bailu Village, the duo discovers thugs have been targeting the local stonemasons and they begin investigating any connection to Mr Yuan’s disappearance. If you haven’t experienced the previous games, Ys Net has included a recap movie for the story to ensure new players aren’t left behind.
Gameplay takes place in an open-world 3D setting, containing life simulation elements such as the day and night system. Exploration is limited at first, only allowing you to go where is currently needed for the plot but this slowly opens up as the story progresses. When you reach an event that requires you to wait until the evening, you can choose to skip straight to this event or spend the rest of the day doing further activities. Money isn’t obtained from winning battles like other games, so you’ll need to commit to a domestic schedule that includes working, story progression, training, eating, and investigation.
It’s important to remember that Shenmue III is a story-driven game, taking the life simulation aspects seriously and proceeds at a relaxed pace. So if you’re looking for a fast-paced action title like Yakuza, you’ll come away disappointed but players willing to put the time in will find a rewarding experience, showing excellent character development between Ryo and Shenhua.

Time passes as you traverse the world, where you can perform activities that range from minigames, training, battles and more. Minigames come in two forms, ones that reward prizes for winning and others acting as jobs to earn money. Alongside collectible items, you can also obtain herbs, capsule sets for toy collections alongside skill books and these form item sets you can exchange for fighting moves. Whilst the minigames help provide gameplay variety, they quickly become tedious, especially when trying to finish an item set.

Your health bar also acts as a hunger meter, slowly reducing after performing activities or exploration instead of fights alone. Once your health bar becomes yellow, your stamina will drop significantly when running. Ryo won’t collapse from exhaustion but it does limit your exploration. As such, you’ll need to keep replenishing health with food during these times and it’s important to note that some battles cannot be started if your health is low either.

In Need of Training

Combat doesn’t happen often in game but when it does, it’s easy to understand. Ryo can use single button attacks for simpler moves or perform more technical attacks with differing strength through button combos. You’ll also have a set of special attacks that can be switched during combat and these level up with repeated use. It’s functional but this is one area where Shenmue III shows its age, with the controls feeling stiff in places but you’ll learn to work around this quickly.

It can feel overwhelming when facing a powerful enemy or multiple enemies but you’ll find many opportunities to improve Ryo’s abilities through training, ranging from simple exercises to sparring matches that teach you attack combos. Training sessions will prove vital if you wish to advance the story, as these improve his attack power, endurance and Kung Fu abilities.

Presentation proves to be one of Shenmue III’s stronger elements, utilising a vibrant art style. It’s apparent that Ys Net had to work with a smaller budget during development, as some 3D models would benefit from further polish. However, they aren’t a major detractor and there’s clear attention to the environmental details that breathe life into this world. The game also boasts a fantastic soundtrack, which is not only memorable but also complementing the relaxed style of gameplay well. There’s also the option for English or Japanese voice acting, which will undoubtedly please certain players.

Return of the Dreamcast

Shenmue III is a love letter to its fans, showing an uncompromising commitment to Yu Suzuki’s original vision and giving Ryo new life 18 years on. Though its old-school gameplay may prove off-putting to new players, Ys Net has brought us a fun adventure with an engaging story that’ll hold your attention. Whilst there are some rough edges in need of polishing, Shenmue III is a great experience overall and comes recommended. 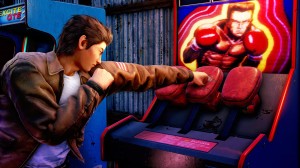 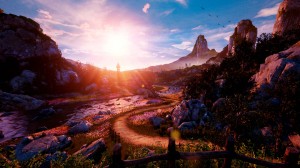 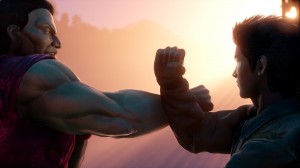 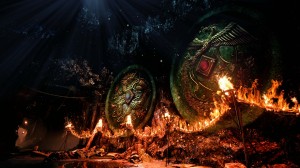