I do enjoy a good survival horror game. Games such as Dead Space and Clive Barker’s Jericho rank amongst my favourites. In those games the atmosphere – through the use of dark settings and dramatic scores – set the tone of the game, giving gamers a sense of dread right from the outset. Phantasmal does the same, placing gamers in the role of John Hope as he searches for his Aunt Jackie in the Walled city of Kowloon, a city in which strange things have been happening to the populace.

You begin your search for your Aunt Jackie in her apartment. Looking for clues you are on your own to tackle whatever comes your way. An extremely short tutorial (which ends rather abruptly) can be played which introduces the controls and the features of Phantasmal though, giving an indication of what you are likely to come up against in your search for Aunt Jackie and the ways in which you may be able to combat them. Flares, for instance, can be used to lure away creatures from your position.

It is not immediately apparent, but as you travel through the locations, Phantasmal does indicate that a stealthy style of play will result in the creatures dismissing your character and hence giving the gamer a chance to catch their breath. Crouching and progressing slowly certainly makes less noise and directs less attention to yourself, but does cause issues for your character. In dark areas, turning on your flashlight will show you where to go, but also draws attention to yourself. Turning off the flashlight allows you to creep around more productively, but increases your insanity indicator. Stay in the dark too long, and your character will start to hallucinate, requiring drugs to relieve the effects.

You will eventually come across the deranged inhabitants of Kowloon, and will have to dispose of them in one way or another. I have an issue with melee combat in Phantasmal. Melee weapons such as wooden boards and baseball bats degrade over time, to the point that they are unusable and need to be disposed. Gamers then need to run and find another board or bat with which to wield. This is all well and good if there was some indication that the weapon is degrading. And if there is no replacement close at hand, gamers are forced to use their projectile weapon, one that makes noise and attracts more foes. And if your ammunition runs out with an enemy in your face, you may as well restart the game because there is no way to dispose of the creature. Nope, not even hand to hand combat is an option. You are a sitting duck and you will die.

This brings me to another gripe. Sometimes you want to die, because it’s the only way to get back home to visit the merchant. Yep, you can take an elevator down to find your Aunt, but there appears to be no way to get back up. The coins found during your search for the missing relative can be spent on improving various abilities or on purchasing extra flares and ammunition.

Also, although the game does save your progress in terms of money found (even when you die) there are no checkpoints along the way. There are points through the game where you reach a new section and this would have been the perfect opportunity to use as a checkpoint, but alas, it isn’t so. Instead, if you die (probably due to having no ammo and no melee weapon to fend off attackers) you start from scratch and must work your way throughout entire sections of the game again.

It is bad enough having to replay these areas, but when the visuals from the areas are reused, it seems lazy. At one point in the game, I walked into what appeared to be a dental clinic, one where the patients may not have survived the procedure. I walked into a small room, opened up a briefcase and left the clinic via an elevator, which took me down to a similar looking dental clinic, complete with a small room with a briefcase. I’m aware that that the games levels are procedurally generated, but I found this visual experience to be a little lazy, even if the developers are going for a sense of déjŕ vu.

But it is not all bad. Phantasmal does a wonderful job on the audio side of things. The quiet eeriness makes you feel uneasy as you wander through Kowloon’s lower levels and sewers. And although playing with as little light as possible is advantageous in evading the hordes of afflicted creatures, the sound effects do enough to guide you through most areas. The breathing of the deformed inhabitants alerts you to their presence moreso than finding them with the flashlight. The scuttling of many feet indicates arachnids nearby, and the sound of something flinging phlegm at you alerts you to spitters.

Phantasmal does have some great features, but they often feel rough and unpolished. The melee weapons for instance – I love the fact that they deteriorate after use, but the fact that there is no indicator of that deterioration lets the game down. Dying because you have no weapon is also a concern. The procedurally generated levels do add to the replayability, but without the checkpoints – causing you to restart from the start again – it begins to grate after you’ve died for the tenth time after navigating large portions of the levels. This replaying of the levels also causes the interesting storyline to feel somewhat disjointed, an affliction the game as a whole suffers from.

Reused locations, Non-existent checkpoints mean that you replay long stretches of the game over and over. 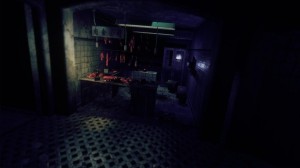 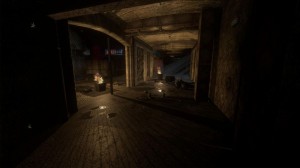 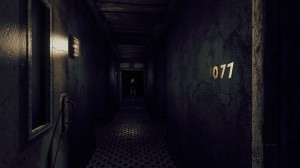 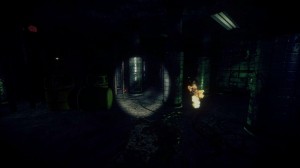 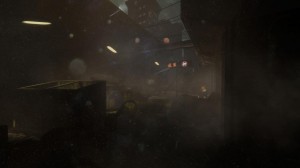 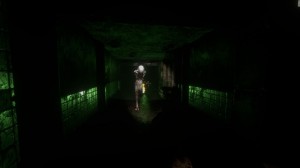 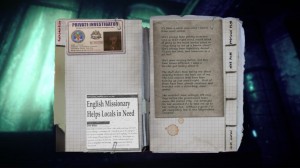