When I got the assignment to write a preview about a new game called P1R4T3S! I wondered why Indy game developer Blini Games would use textese to spell the games title. Textese is often used when the amount of writing space is limited, like in a text message. I don't have an answer to why they decided to do it that way so I will just assume its because the word Pirates! was already taken or perhaps it is copyrighted. So, the developers needed to look elsewhere for a name. Thus, we are forced to accept the textese version of the word, but it really isn't that bad...

P1R4T3S! is a twin-stick shooter which means the player might be better served if they have access to a game pad. Since I previewed the game on my PC, and I don't have a game pad, that meant I had to use my keyboard. Not a problem really but since I'm not overly adept at keeping my avatar going in the correct direction while at the same time shooting at hordes of attacking enemies, it did make for a challenging experience.

The new P1R4T3S! is a top down viewed, room to room, exploring shoot fest where the player takes on the persona of a pirate. Even though it’s basically a shooter it also has some very nice RPG elements that add to the game’s enjoyment. You can customize and name your character, your ship and gear. There's also slots available to store inventory after items have been picked up along the way. P1R4T3S! has the aesthetics of a cartoon and it looks quite nice. Most pirate games have gameplay that takes place in a world consisting of various locations with the main form of travel being the players ship. It's the same in this game but the pirates don't travel around on wooden sailing ships in the Caribbean Sea. Instead, they sail around in their fancy spaceships in outer space!

The main focus of the game in addition to clearing out legions of enemies is to loot and plunder your way to fame and fortune. You do this by plundering other spaceships, space stations and land bases that are encountered throughout the galaxy. After filling your ships inventory slots with captured stuff, you can then sell the loot in order to upgrade your spaceship and to buy needed items. You can also ransom captured prisoners and that will gain your pirate even more wealth and glory!

I don't think that many game creators do actually use Early Access, but maybe I'm wrong. If it helps Blini Games, then why not. Blini has in the past, with their previous title, Lovecraft’s Untold Stories, used the Early Access model of game development. It obviously worked very well for them because Lovecraft’s Untold Stories turned out pretty good. Since the game is in a pre-alpha state that means that a lot of the content is not present and it's loaded with bugs. That's not unusual because how many pirates aren't flea ridden scaly wags!

Blini charges a nominal fee for the pre-alpha download on Steam and they have a forum set up so players and developers can discuss the bugs and other game problems. Blini's programmers then fix the problems and an update is issued and the process continues until a finished product is produced. Some folks might not approve of this form of game development - but I find it to be an excellent way for small independent game makers to conduct business. It gives the company a few bucks to keep things going, along with game testers located throughout the world. I like it because it allows the small guy to be able to tap resources that the big game houses take for granted. Plus, it makes some real good games available to those of us that enjoy such things.

The future of this game, just like with how Lovecraft’s Untold Stories turned out, looks to be very promising. The game has been in development for several months now and it has just been released via Early Access on Steam. Blini expects P1R4T3S! to be completed by the end of 2020. I can't wait for that to happen because I'm really excited to be able to create my very own pirate-base located on some out of the way asteroid. In addition to many new aspects of the game, it will be available on a whole lot of other platforms. That way I'll be able to plunder and pillage my way to pirate glory and I won't need to be sailing on my PC. 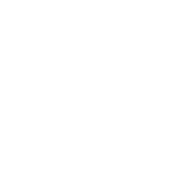 The game has potential, but we're not ready to jump in with both feet. If the game interests you, look, but don't touch - yet. 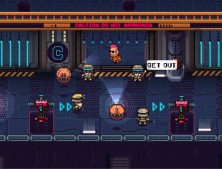 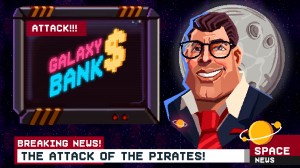 A sequel, but to what?

A Universe of Our Own