On the Chopping Block

Working in a restaurant can be a thankless job. Orders keep coming and they must be made correctly and in a timely manner with the freshest ingredients. Do everything right and there’s little thanks, but get something slightly wrong, and customers will complain. Overcooked! 2, which follows a similar pattern to the original, puts gamers into the kitchen to see if they can handle the heat.

Overcooked! 2, like the original, has players doing it all. From the moment the clock starts and the orders start rolling in, they will be chopping food, washing dishes, putting orders together and serving them. All this while under the pressure to get the correct orders out to the customers quickly. Points are awarded for correctly serving each order, with bonus points earned for serving them in a speedy manner. Miss an order though, and penalties will accrue.

The first few levels start off deceptively simple, requiring gamers to put together a series of relatively simple orders in a somewhat standard layout kitchen. But as teams progress, the levels soon become complete mayhem as players are rushing around trying to complete their required tasks. This is particularly apparent when there are three or four players in a non-standard kitchen.

The first few levels take place in a standard style kitchen, but new hazards are introduced that make preparing and serving the food, much more challenging. Moving platforms, workstations that change positions, wind that prevents your team from travelling in a certain direction, conveyor belts and even traffic are just a few of the perils that must be overcome. And of course, being that it is set in a kitchen, fire is an ever-present danger.

Get to the Chopper

Preparing the meals in Overcooked! 2 is really all about time management, organising your team so that they are completing one task or another for most of the time. Too much standing around is inefficient but running around and getting in each other’s way is just as inefficient. Setting a task or several tasks for each player is generally the way to go, as your characters attempt to prepare, cook, and serve the ordered meals.

Recipes will differ from one area to the next, each with a general theme. For the most part, the recipes will require gamers to combine several ingredients, and often will require some or all of the ingredients to be cooked before serving. Meals include pizzas (no pineapple in sight), hamburgers, sushi and fried chicken and chips. Each order will require a combination of the ingredients, such as pizzas that will either be plain cheese, or have mushroom or pepperoni. Making sure you get the right toppings is important.

Like its predecessor, Overcooked! 2 has some vibrant cartoon style visuals that will appeal to all gamers, but particularly youngsters. It is full of bright colours and has a heap of cute playable characters, many of whom will become unlocked as progress is made through the levels. Along with the cute visuals that kids will enjoy are the simple controls. Overcooked 2 uses just three buttons on a controller or keyboard, one that picks up items, one that chops or throws the ingredients and one that provides a boost. It is as if the chefs create a fart to get them to their destination quicker. These power boosts can be troublesome though, as they will knock other players off course, and in some levels, that means into water. Falling into the water, lava, or getting run over by a car causes a five second re-spawn penalty.

The Sun’s Out, Buns Out free DLC adds a couple new characters and a couple of new summery recipes. Players will be able to make an ice cream float in a variety of flavours by blending ice and milk and either chocolate or vanilla, and then can put together a summery salad full of fresh ingredients. In a normal kitchen and under no pressure, this would be a relatively easy task, but there’s no such luck for Overcooked players.

The new Summer area has six new levels, each with their own new styles and kitchen hazards. The world map is full of sandy beaches and pools and has a party atmosphere. This festive theme flows through to the kitchen areas as well, with vibrant colours and an explosive new hazard – fireworks. These fireworks can create fires at somewhat random locations requiring a fire extinguisher to be used to put them out. If they are not put out, they can prevent players from moving around each of the different kitchens.

The varied kitchen layouts are fun to play, from the opening level that has two areas split by a road with moving carnival floats, to a level which has cooking teams on a wooden raft navigating a swimming pool, to the end level that has a giant button in the middle that sets off fireworks whenever someone walks across it. They each offer a unique challenge and can take a couple of turns before teams work out the optimal cooking and preparation techniques.

With simple controls, cute cartoon characters and vibrant kitchen designs, Overcooked! 2 is a great game for the whole family. But be warned, it can get competitive, even when you’re supposed to be working together. There will be people screaming ‘chop the onions’ or ‘I need some milk’, but it is all in good fun. With a range of game modes – story, arcade and versus, there is endless replayability, particularly as you’ll want to collect the allotted three stars (or four stars after completing the story mode) and will keep the family entertained – which is of utmost importance during times of pandemic lockdowns.

Some of the levels can be frustrating, and can often require the help of an extra per player 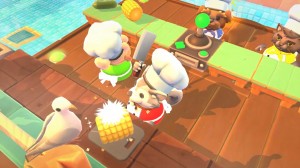 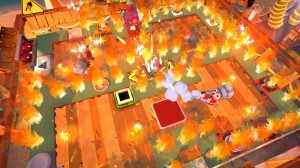 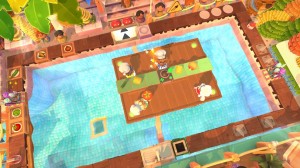 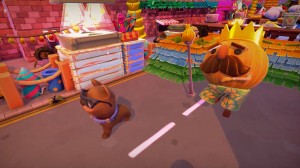 A Haunting Song of Sorrow

Schedule has been released

Elden: Path of the Forgotten