I really like it when 4X games try to innovate. I think there are already far too many lookalikes in the world of strategy, so when I started playing Shining Pixel Studios’s Oriental Empires, I was pleasantly surprised. This turn-based strategy game, set in China from 1500BC to 1500AD uses the recognized 4X formula, but also adds some of its own historical flavour. I had expected a typical 4X: a giant hexagonal grid and huge figures running across the land, but the campaign focuses more on realism. Firstly, all of the soldiers and civilians are realistically sized and you can zoom all the way down their level, and the same goes for the resources (no more giant animals on the campaign map). There is also a very appealing minimal interface, which reminded me of the first Rome: Total War game.

Oriental Empires tries and sometimes succeeds in building on the generic 4X: rather than the very simplistic technology tree in Civilization, the player is given a 4-stranded tech tree that better reflects ancient Chinese culture. Rather than generic units like ‘Warrior’ or ‘Archer’ we are given units that fit the theme: noble axemen and peasant spearmen for example. But the game isn’t always successful in its changes. The settlement management system, for example, lacks in comparison to most other 4X games, as there are no tile improvements to access specific resources. Instead, if a resource is in your sphere of influence it gives you a buff, but not access to the resource, which makes trade very confusing. The only real tile improvements are farms and, while constructing hundreds of farms might make you feel like you’re in ancient China, it doesn’t add much variety or choice to settlement management. Despite these failings, the game succeeds in focusing itself around the theme: the units you recruit, the technology tree, the resources and even the diplomacy options, all give the impression of ancient China.

“In War, Let Your Great Object Be Victory, Not Lengthy Campaigns”

Do you ever find yourself wondering if historical tacticians would have enjoyed strategy games? Would Alexander the Great have enjoyed Age of Empires? Would Julius Caesar have enjoyed Rome: Total War? I cannot help wondering if Sun Tzu would have enjoyed Oriental Empires. I think it’s fairly obvious from the quote I’ve used as the title of this section that he wouldn’t have been a 4X fan. But unfortunately battles are the area where Oriental Empires really falls down. I’ve long held the theory that the perfect combo for strategy games is turn-based campaign, real-time battles, because only in real-time can you hope to come close to capturing true military strategy. Strategy for me is about reaction and improvisation, not spending hours perfectly aligning soldiers, and this is why I’ve never seen eye to eye with Civilization.

Oriental Empires does have real-time battles but you have no control over them. Usually in a 4X game with real-time battles you set a formation for the battle: in Endless Space for example, you have battlecards listing formations. Oriental Empires does have a similar system of ‘battle-orders’ but the effect they have is pretty negligible. Most combats end out being a free-for-all between all enemy units located within the battle area and your own. Unlike Endless Legend, which gives a very clear border around the battle area, the size of this area in the game is unclear. On multiple occasions I sent my army against the enemy, but suddenly enemy units that were several squares away, and weren’t part of the army I was attacking, joined in. This lack of control and combat precision means that the results of battles are so often random and unpredictable.

I’ll give you my favorite example: after besieging an enemy settlement for 7 turns, a single unit from my ally shows up. They engage in the next battle for the settlement with me, but for some reason their one unit (as opposed to my 8 unit army) takes the settlement. This sheer randomness can make the game pretty unappealing at times. Also, as there is no system to entirely kill routed armies like in a Total War game, you will often spend many turns chasing and battling the same army multiple times (I defeated an army of two spearmen units five times in a row before they were eliminated).

Oriental Empires is a confusing game. There’s a lot to enjoy about it: the interface, the campaign map and the general style of the game are very appealing and perfectly on point with its theme. As a historical game, it’s great, but as a strategy game, it’s not sure entirely what it is. To put it plainly, the battle system isn’t good, and that would be fine if it felt like it wasn’t a necessary component of the game. There isn’t enough settlement management to cut battles out completely and go for victory via an alternate route. Without the Civilisation-esque buildable tile improvements and without the trade, there isn’t actually much to do other than to settle, accrue income, queue buildings and diplomatize. I’m sure like most 4Xes, time and technology bring greater depth, but I can’t see them improving the battle system. So if you’re a Civilization player and combat feels secondary to you, then I would recommend maybe looking this up, as it is a beautiful game and feels historically accurate. If you’re a Total War player, however, and battles are a must to you (like me) I would say stay away, or at least wait for a rainy day and a Steam sale. 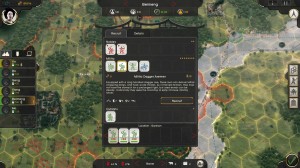