Let me start right off the bat by letting you know where I’m coming from with this review. Strategy games, much less ones of this scale, aren’t my forte. Sure, I’ve dabbled, but save for a few that I’ve played through over the last few years for the sake of reviews, my experience is largely limited to the wonder that is Age of Empires II. It’s that I don’t like the genre, it’s just that it’s not something I’ve dedicated the time to really sinking my teeth into. Also note that Nobunaga's Ambition: Sphere of Influence- Ascension is also an updated version of a previous title that’s added a few tweaks and features throughout. I haven’t played the previous edition, so I’ll be judging everything on its own merits and unable to comment on how much of an upgrade this is. So, that’s me. Does that make me the wrong person to tackle a game like this? Maybe, but I think it’s a perspective a lot of readers will be able to relate to.

The first thing you’re likely to notice about Nobunaga's Ambition: Sphere of Influence- Ascension is that it’s name is about ten syllables past the point of being convenient. The second thing that you’ll notice about Ascension, which is what we’re going to call it from now on, is that it doesn’t appear to do much to set itself apart from similar games you’ve seen before. That proves to be not entirely true, but the game is indeed yet another example of feuding feudal-age Japanese clans as they wrestle for power and influence. What is neat is that instead of controlling an entire clan, you’ll be working to raise your particular character up through the ranks (or keeping him there, if you pick someone already at a prestigious post). As a lover of the underdog story I picked a lower-level “pud,” and enjoyed my scratching and clawing upwards. In retrospect this was also a good choice because it limited the amount of stuff I had to worry about as I was learning the ropes. As you’d expect, higher level officers have a lot more under their control, and I wasn’t ready to jump quite that far into the deep end right away.

As someone only moderately experienced with strategy games, and completely new to this particular series, the first thing I did was jump into the tutorial. Unfortunately, instead of walking through different elements of the game and building them up over time as you get the hang of things, everything is thrown out pretty quickly to the point that I really had a hard time taking anything in. Sure, it might have been fine for a series vet, but that’s not who I would imagine the tutorial is for. Luckily, as mentioned above, my choice of officer let me make some mistakes and learn the ropes, but if I’d have started somewhere else things would have been really, really challenging to grasp.

A Role To Fill

The role-player in me I was pleasantly surprised that Acension is about a lot more than just fighting. You’ll have to manage resources if you want to expand. You’ll have to keep your people happy. You’ll have to decide to to stay loyal to, and who (if anyone) you want to stab in the back. It’s good stuff, and the best part is that it changes as your officer grows. It kept gameplay fresh, as I wasn’t repeating the same actions over and over again for the duration of my campaign. The micro eventually gives way to the macro. Eventually I reached the point that I didn’t even have to directly participate in battles anymore with so many of them happening (though I normally did anyways).

For as grand and sweeping as the game’s campaigns are, I was disappointed that the presentation doesn’t really match. Not only are the graphics rather washed out and drab, but but the UI presents way too much at a time, and isn’t terribly organized. The limited voice acting gets repetitive fast, and the music never reaches higher than the cliched instrumentals you’d expect. It all comes off as entirely too clinical. What does help the game’s presentation is the inclusion of many real world people and events into the story. My Japanese history is fairly pedestrian, but I still recognized a few names. Some additional Googling confirmed my familiarity, and indeed the game includes not only people from the country’s rich history, but some of the big events they put into motion as well.

My time with Nobunaga's Ambition: Sphere of Influence- Ascension may have been confusing at times, and I still don’t feel like I’ve entirely mastered everything it has to offer, but I did have a good deal of fun playing. The game could certainly benefit from a little life being blown into its cold, clinical presentation, but from storming castles to forging alliances and maintaining roads, I always felt like I was part of a larger living picture, and that’s a cool feeling to have.

Getting to grow a particular officer throughout the game, change in gameplay focus as your officer grows, educational value. 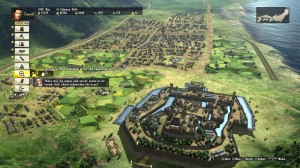 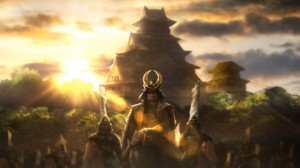 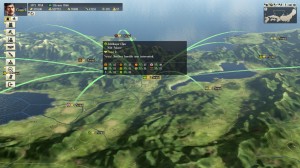 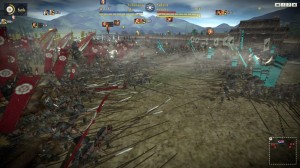 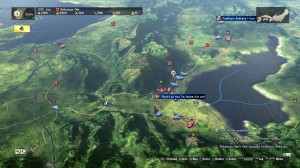 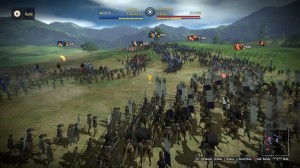 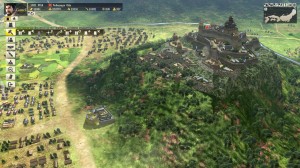 Cake, tea and a chat with Laura Hutton

A Glass of Adrenaline