Everything old is new again

Did you ever hear your parents tell you that your new dress style was æhipÆ in their days? Annoying, right? Well, IÆm about to tell you that your gaming style, or at least that of Might & Magic X Legacy, was hip in my days. The game harkens back to a time when role-playing games were thinking-manÆs games, when your brain was your primary weapon and quick skills with a mouse a wasted talent. Not to worry, I wonÆt tell you that gaming was so much better back then ¢ it wasnÆt ¢ but it sure is refreshing to see Might & Magic back, albeit with a new coat of paint.

If you are new to the Might & Magic series and are wondering what happened with the other 9 games, or if you were expecting a turn-based strategy game, you will want some explanation. First off, the Heroes of Might & Magic strategy titles were spinoffs of the original role-playing game series that started all the way back in 1984. They share the same universe but are completely different games. As for the other 9 games... well... they botched it with the last one. After a string of successful games, some doofus decided that the ninth game should be built in half the time it took to build its predecessor while also introducing a new game engine. Unsurprisingly, it ended in complete disaster and ultimately the parent companyÆs bankruptcy. It took 12 years for someone to gather up enough courage to pick up the gauntlet, creating Might & Magic X Legacy which is on review today.

Legacy faithfully follows the same gameplay style as the original games. A new game starts with putting together a party of would-be raiders, usually consisting of a blend of healers, magicians and fighting men. You pick from a number of races, some more suited for the mundane tasks, others better at conjuring up powerful spells in one of the gameÆs seven schools of magic. Once done, you step into an immense world full of places to be explored, secrets to be discovered, creatures to be slain and plots to be thwarted.

The experience that you gain doing all those things goes towards skill and attribute upgrades for your characters. Might & Magic has a unique, multi-tiered leveling system that allows you to upgrade skills point by point but with built in æceilingsÆ that can only be broken when trained by NPCs found throughout the game world. For your Free Mage to become Grand Master in Air Magic, he will have to be trained by an Expert, Master or Grandmaster in the art and each time he does, he will get a new bonus on top of the skill points assigned to the skill.

A dash of Magic

Legacy doesnÆt take itself too seriously. A soldier using his crossbow to stick-jump across the training grounds, a dog the size of a house called Fluffy ¢ there is always something worth a chuckle or two just around the corner.

But even without that humor, the game is far from dull. It is always fun to find out what newly looted items have shown up in the inventory slots, the bonuses that non-combat hirelings bring to the party actually make them worth their pay, and finding and unlocking secret rooms is incredibly rewarding.

More importantly, LegacyÆs difficulty level of solving the more complex quests lies nicely within the realm of ōtough but not annoyingly soö and while the story isnÆt going to win any awards, it serves the purpose of reviving the Might & Magic series more than adequately. Veterans will recognize names and places from earlier games, rewarding them with a sense of coming home without dispelling the feeling of nostalgia.

Graphical fidelity is through the floor. Movement feels restrictive. 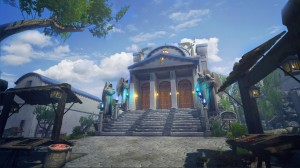 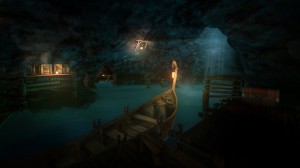 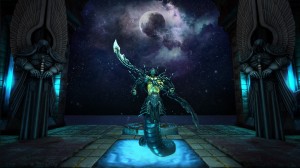