It was winter, 2003. I was on the tail end of middle school, and I had just discovered the marvel that was Xbox Live. I was no stranger to video games by this point, but connecting to the internet to play them with people I didn’t know from all around the world was something new and exciting for me. MechAssault was my game of choice, and many an hour did I spend with my brother that year and the next playing games of Lone Wolf. It was a magical time, and those memories will always stick with me as a definitive part of that “no responsibilities, and old enough to know it” part of life that wizzes by so quickly. Even though MechAssault and its sequel may be little more than a short-lived offshoot of the larger BattleTech universe, it’s for this reason that the IP will always hold a special place in my heart.

Video games and giant robots go together like peanut butter and jelly or fish soup and fermented tea leaves (I live in a country with interesting cuisine, alright?). Among the plethora of mech-centered experiences that permeate the medium from Into the Breach to Titanfall, one of the grandaddies of mechanical destruction has, in recent times, fallen a bit by the wayside. With the exception of Harebrained Schemes’ fun-but-flawed 2018 BattleTech, good pickings have been rare for the franchise whose last mainline game came out a whopping nineteen years ago. But, here we are, with a brand-spankin’-new 5th numbered entry into the series from developer Piranha Games.

Those worried that MechWarrior wouldn’t remember what kind of gameplay earned it it’s former popularity can rest assured- it hasn’t been Michael Bay-ed, streamlined, or otherwise changed itself into a fast-paced action fest. The franchise always has been, and continues to be, much more sim-like than, say, Titanfall, which controls like pretty much any other shooter when in the cockpit.

Just moving the mech takes getting used to and can separate a decent player from a great one. Different body parts move independently from each other, and forward/backward movement is a sliding acceleration constant (think most space combat games) instead of completely free. Just to get around you’ll have to worry about setting your mechs move speed, then spinning the torso independently to fire at enemies and survey your surroundings, then snapping one half to meet the other over and over again. It allows for tons of creative handling and really hammers home the idea that you’re piloting a weaponized vehicle, not wearing a power suit. It’s not QWOP, though, even though it might feel like it at the beginning. Once you’ve put in your time to understand everything, things start to click and you’ll be pulling off sweet out-maneuvers soon enough. I spent a lot of time in the brief tutorial mission running into walls.

Combat’s complexity doesn’t just come from moving, though. Location-specific damage makes even potentially mundane encounters strategic. Do you try to blow off your enemy’s weapons to lower their offensive capabilities? How about blowing off their leg to just run away? Are you feeling lucky enough to land a surgical cut right into the cockpit to take out the pilot? They’re all options, and they all require plenty of the aforementioned piloting skills to pull off. Of course, enemies will have the same options against you, which makes for some tense moments hanging on by a thread trying to pull a comeback in a mech barely hanging on to functionality. Beyond victory or success, choosing where to strike is also an economic decision. More damaged parts on your mech means more repair costs, and more undamaged parts on defeated ones means more opportunities for scavenging spare parts.

Speaking of parts, there are certainly a lot of mechs you’ll be able to choose from. You’ll have 50 or so main choices, plus variants of each base model, meaning you can hope into anything from small and quick strikers to behemoth mountains of metal and death. Your only limit is that missions have weight total limits, meaning you can’t just solve every conflict with raw size and firepower. Each chassis can be further customized with weapon parts, forcing you to balance heat, mobility, and power. Armor is also customizable (to a dizzying degree) on every single part, letting you tweak and micromanage your loadout if you so choose. All in all, all of this customization does a great job of letting you play the way you want to play. My only knocks are that I do wish melee weapons were an option, and stealth/camo options are, unfortunately, lacking.

As the game’s subtitle implies, the campaign will pull you through a story steeped in faction politics in which you, as a mercenary leader, don’t really have a side. You’ll be given choices to take jobs from different people/factions, but every time you work for someone means you’re also working against someone else. Making enemies isn’t a possibility, it’s a certainty, but the groups you are able to maintain a relatively positive relationship with will reward you with better compensation for your work in their service. Balancing who’s happy with you and who’s not is kind of fun, even if the economics that go along with it aren’t always as pleasant. Especially early on, it’s super easy to end up with a bunch of damaged mechs that you won’t have much hope of repairing. It’s part of the learning curve, though, and I’d be lying if I said that eventually my frustrations weren’t also peppered with some enjoyment scraping my way through trouble to financial stability.

MechWarrior 5: Mercenaries is a big, brash, bulky return to the spotlight for the mainline MechWarrior franchise that delivers on its promise of a more sim-like experience than many of its contemporaries. While it can be frustrating to get caught up in economic repair micromanagement, most of your enmity will be blown away when the robots start to rumble. 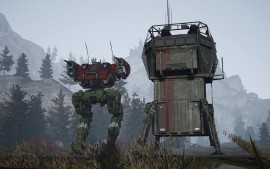 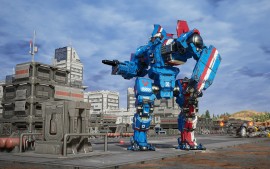 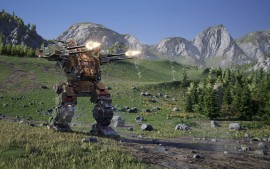