If you have played the first Mass Effect trilogy, you know that figuring out how to do a true sequel would have been nigh on impossible. With the possibility of life as we know it being either completely eradicated, roughed up, or just fine depending on the choices made during your play-through, there really isn’t a single canon ending to continue things from. That being the case, Andromeda’s strategy is about as good of an idea as I can think of to keep the series alive. Forget humanity leaving our solar system, this game leaves the entire Milky Way galaxy behind as some ships with a few hundred thousand beings or so depart in search for a potential new human home via the Andromeda Initiative. It may sound kind of like an Interstellar rip off, but by and large the setup provides the perfect opportunity for a new story with new characters not chained down by the events of the previous three games.

The original Mass Effect was an exciting experience for many different reasons, but perhaps my favorite of them was the immense sense of discovery. Like Star Trek or Star Wars in their respective primes, the different flora and fauna of the various planets were engaging and creative. The alien races had nuance and depth, from the Salarian-Krogan genocide to the Geth quest for a place in the universe, and it made everything seems so much more alive and real. Though the races you’d interact with the most were relatively humanoid, there were still oddities like the jelly-squid Hanar, the misunderstood insect-like Rachni, the hulking Yahg, and literally dozens more.

Unfortunately this is perhaps my greatest issue with Andromeda. Moving to an entirely new galaxy, I expected things to get weird. While I wasn’t naive enough to think nothing would be humanoid, I was ready for some really off the wall race designs. I was excited to experience the sense of discovery that comes with new alien races with new conflicts and new personalities. But, for some odd reason, Andromeda decides that two new sentient alien races and some robots are a better way to go. Both of the organic races are humanoid, the robots look pretty much like you would expect combat robots to look, and none of them are particularly engaging visually. Sure there are still Krogans, Asari, Turians, and other favorites, but I’ve seen them before. I “get” what they are all about, even if there are some new twists with how each race’s demeanor and way of life respond to life in a new galaxy. I’m in a new galaxy for goodness sake.

Luckily the planets themselves, along with their more animalistic wildlife, are much more enjoyable to discover. Aided by an engaging musical score, there’s definitely a palpable tension that runs throughout the campaign due to the fact that nobody knows what the heck to expect anywhere. Sure, my character was going to alien worlds for his first time in the original trilogy, but they were largely charted already. In Andromeda, everything is new. Anything can happen. I wasn’t sure who or what were friendly and who or what wanted to eat me alive. Luckily Andromeda gives you a lot more freedom in how to deal with hostiles than the series ever has. Instead of locking yourself into a class at the game’s start (focusing on arms, biotic powers, or tech), you will pick a specialization. These give you some starting skills and specific boosts, but you’re free to mix and match abilities and weapons as you see fit. Furthermore, you can come up with multiple “loadouts” that can be switched on the fly, letting you adapt to the situation at hand. It’s inarguably a better system, and I would have a hard time going back.

Andromeda’s plot is quite inconsistent, bouncing back and forth between some fantastically impactful moments and others that fall extremely flat. Like I said above, I do like the general set-up. Separating things into a new galaxy (and by virtue or travel time, about 600 years) from the events of the previous Mass Effect games is smart, and it works. Beyond that, I’m glad they didn’t just jump right into another galaxy-ending threat right away. This slower burn of trying to get Milky Way civilization started is different, and a welcomed change of pace. I will note that there is a bit of a beginning lull that may turn some players away during the first few hours of the game. 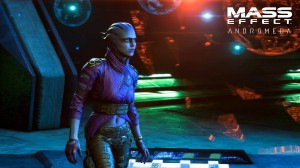 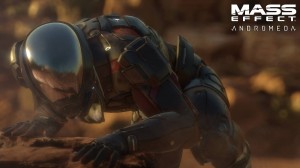 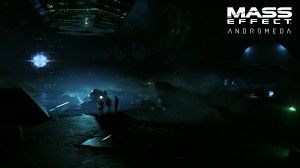 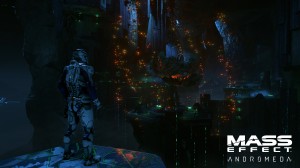 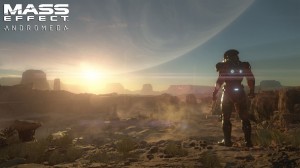 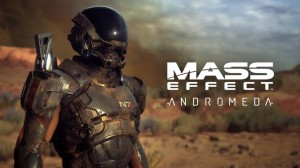