Marble Mountain is one of the first games to feature Steam VR support, and although this would be an interesting feature we did not have access to a VR device for the purpose of this review. Instead, you could say that we played it in its vanilla form. Marble Mountain has gamers taking on the role of... wait for it... a marble, guiding the glassy sphere through a set of increasingly difficult obstacle courses to the top of... now, you'll never guess this... a mountain. There's not much story to it really, and the simplicity is one of the games draws, allowing gamers of all ages to play.

Marble Mountain allows the use of both a controller and keyboard to direct the marble. The only controls that are required are the directional keys or the thumbstick on the controller. I did find that the thumbstick controls were substantially easier to guide the marble around, as the full 360 degrees was available, whereas the keyboard controls are less accurate. But the sloped edges and narrow crossings can mean that a steady approach is often required. Although the controls are quite basic, directing the marble through some of the levels can be fiendishly difficult. Momentum can be an issue at times. Go too fast around a corner, and you're likely to fall off an edge.

Unfortunately, I found the camera angles can make the movement more difficult than it needs to be. I'll state again, that this is with the vanilla version of the game and without a VR headset which may improve things substantially. But, you could be guiding your marble along a ledge that turns right, and as such attempt to move your marble in that direction. But for some reason the designers have decided to then change the viewing angle, causing you to run off track. Normally, this doesn't cause to many issues, but there are certain sections that require the marble to navigate reasonably thin paths with one false move resulting in a fall to the abyss below.

Marble Mountain is somewhat let down by the limited variation in level design. OK, there are different settings and varied landscapes, but it all comes down to working your way through a linear maze-like map. There are certainly a few different barriers that the game puts in your way such as exploding boxes and perilous edges, but that's about it, There is one level towards the end that has you fleeing an avalanche, and I would have loved to have seen more variation such as this to break up the monotony. Even a few more levels with button puzzle solving would have been appreciated.

Visually, Marble Mountain feels like it has been aimed at a younger generation of gamers. It has a colourful appearance that would not feel out of place in a Spyro the Dragon game. The squarish levels have a reasonable amount of variation in the settings with snow covered mountains, paved castles and grassy plains featuring. From an audio perspective, Marble Mountain does a reasonable job. There aren't too many sound effects, and the backing music seems to have a loop of about five tunes, but they are all lively and fun.

Marble Mountain has been developed for VR gameplay, which may make this game more interesting than it is with the traditional setup. As a standalone game without the VR gimmick, Marble Mountain does a reasonable job, but just doesn't have enough variation to keep it interesting. Indeed, if you play using the gamepad controller (the easier option), Marble Mountain will only take a few hours to race through the twenty five levels, maybe longer if you have to repeat levels in search of all the collectibles. Younger gamers may appreciate the challenge a bit more, though.

Rather simple gameplay, so anyone can play 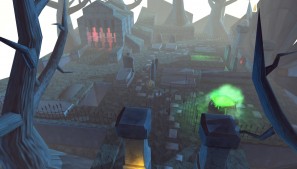 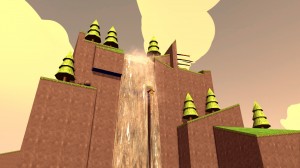 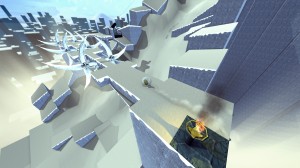 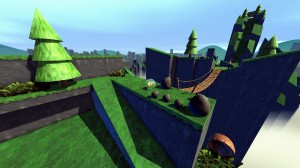 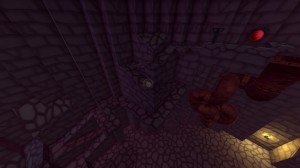 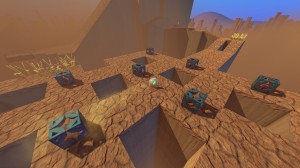 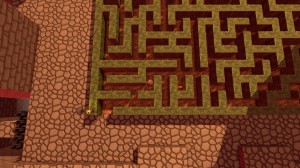 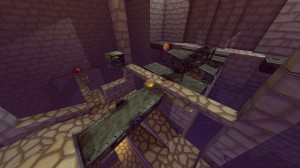