Dash for the exit

I played Light for the first time a few months ago at Rezzed and have been keenly interested to see more of it since. Developed by Just a Pixel, the game is part of Team 17’s ever expanding third party publishing program. In what is most certainly a departure from the Team 17 style, here we have a methodically paced stealth game, with potential to turn into a high paced dash for the exit thanks to just one wrong move.

At the beginning of the game, you wake up with very few memories, albeit holding some strange familiarity with your surroundings. As you play, you’ll be stealing documents and hacking terminals in order to unlock more of the story. You’ll discover secret experiments, nefarious plans of corrupt organisations, and all throughout your investigations you will need to remain hidden to have any hope of getting to the man behind it all. Be prepared to do a lot of reading though, as text is the only way the story is handed to you.

Light features a minimalist, yet stylish aesthetic. Characters are simple squares, the walls of buildings and the objects within them are a pristine white, and the floors are a deep blue. Everything is awash something of a neon glow, and the soundtrack further accentuates the feeling that you’re in a shadowy, tech driven world. Everything is clear. You are blue. Enemies are red. Civilians are white. Objects you can interact with are orange. That’s all there is, but that’s all you need to know. The optional scanlines, vignette and glitch effects that are overlaid just add to the excellent style.

Your objective in each level is usually to steal some evidence and find the exit, perhaps hacking some terminals along the way. Patrolling enemies will of course try to prevent you from doing so. They each have vision cones, which you’ll need to keep an eye on at all times, but you can also use line of sight to your advantage. You can be within an enemy (or security camera) vision cone but still be hidden if you have an object between you and your adversary.

Other than avoiding detection, hacking is the other main part of the game. You’ll need to gain access to a terminal, and from there you can unlock doors and turn off security cameras. These are often your first objectives in each level, as the documents you need and the exits are usually behind locked doors. It would’ve been nice to have a little extra here. All you do is click on what you want to be opened. When the game has such a computer-y style, it doesn’t make sense to have actual interaction with computers such a non-element.

If you haven’t been spotted, the AI isn’t particularly smart. You can be moving up inches behind them, and as long as you haven’t entered their vision cone they won’t bat a proverbial eye. However the second you’re seen, they become brutal tracking and killing machines. They’re fast, ruthless, and if your cover is blown it probably won’t be long until you have to reset the level. You can knock enemies out if you get the drop on them, but doing so will start a timer at the end of which reinforcements will arrive in the level, and they won’t be happy.

If you kill an enemy, you can drag their body around and hide them in cabinets to avoid detection. You can also take their clothes and use it as a disguise, which will decrease the size of enemy vision cones. They’ll still see right through your disguise if you get too close though. The ability to take disguises really lowers the difficulty to the point that most levels become fairly trivial. You get a “no kill bonus” at the end of each level, which will increase your overall score. However with no leaderboards, and no gameplay relevant reason for getting a high score, you end up feeling like you might as well just kill someone to get the level done quicker. Perhaps some moral code might prevent you from doing so, but come on, they’re just squares.

To make matters worse, the game just isn’t that long. There are only twelve levels, each of which can be completed in a matter of minutes, especially if you take the easy route of stealing a disguise. Even if you do everything by the books you could probably complete the game in 90 minutes or less. And once you do, there’s no other content to dig your teeth into. It’s hard to recommend something with such little content, even at its budget price.

You set the challenge

In order to get the most out of the game, you’ll have to set yourself challenges. Mechanics are in place to allow you to knock out guards or civilians and take their identities. But my advice would be to act like that’s not the case, or you’ll breeze through the game in no time.

Light is a cool idea, and has a wonderful style to it, but the gameplay choices the developers made have just made it too easy.

Gameplay options can make levels trivial. Not much content for the price. 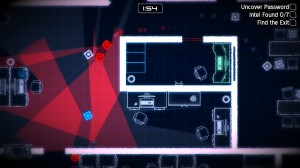 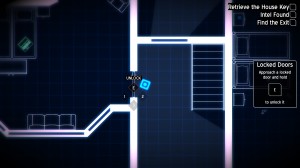 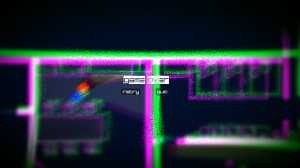 All the world's a stage, and all the men and women merely gamers

Paradise has a price...and a new trailer

Now with Sun’s Out, Buns Out DLC