Sometimes, modern life can be monotonous. The daily commute, the standard nine to five job, a little evening hobby and then you do it all again day after day, week after week. You ever find yourself wondering what life was like in a different era? Enter Life Is Feudal: Your Own, a stepping stone for a planned MMORPG. In Life Is Feudal, players are thrown into a medieval inspired open world with the goal of survival being primary, and aspirations for glory being secondary.

This is no tale of heroism for many, in fact for me it was indeed a tale of a pauper. A pauper dragged through the dirt by the greed and thrill seeking of others I encountered often. If you have attempted to play DayZ by yourself, it’s very much like that but so much more unforgiving for a number of reasons ranging from the community to the game itself. I just wanted to get that out in the open immediately: it’s a game where you’re likely to die often.

Perhaps the highest point in my experience was right as I booted the game up. I was treated to a rather lengthy and interesting cutscene all narrated by Sean Bean. The man is both epic and often killed on screen, so it would appear as narrator he was spared his usual fate in order to focus purely on the story as it played out. An age of peace and prosperity abruptly comes to an end with the death of an emperor. As such, kingdoms fracture and humanity raises up arms against each other in a grab for power. It really does set things up for what I was hoping to be an epic and story driven experience, but there is only so much that can be done of that in a game like this. It is more of a set piece than something to be dwelled on, because once you are in game the story is non-existent.

Before you start playing, you’re going to have to decide on a server you wish to play on and make your character. I opted for a server that touted itself as RP/PVP and had a no kill-on-sight rule. I figured if I wanted a full grasp of the game and the community, it’d be good to start in a place that potentially had a mix of friendly and hostile players who added on a layer of roleplay to their interactions to flesh out the experience. I fumbled my way through the somewhat lacking character creator, and finally it was time to play. I found myself in a clearing with wooded areas nearby, a very familiar start for almost every survival based game. About five minutes later, I encountered a well-equipped player and, as luck would have it, there was no conversing, no warning, before I was promptly bludgeoned to death. For the most part, this was the entirety of my experience across several different servers. It didn’t always come quickly, a few times I was actually starting to get my hopes up about maybe being able to scrounge together some meager existence in the game world away from those well established. I’m sure there are well meaning players out there, but as with many games of this type the community is widely toxic. Some kill on sight out of joy, others do it because of paranoia, but for someone actually looking for something more you are unlikely to find it here.

If you can play with a group of friends, perhaps your outlook will not be as bleak as mine was. In fact, I often found myself stumbling on rather quaint looking villages that to my understanding can take quite some time to build. Given the constant battling with the interface and the swarm of other players ready to kill that lurk in the unknown, I believe it. I can’t help but feel very envious of those who actually have something going with other players.

Since I was unfortunate enough not to be able to build anything of my own, I decided to go online to fill in the blanks watching videos where I could of the building system. It actually seemed fairly in depth, with the learning curve being far less for it than survival itself. That being said, it’s hard to comment on that specifically without doing it myself.

There are the makings of a decent game in here. When I wasn’t getting slaughtered, I found myself enjoying roaming the forests and fields. I enjoyed spying player made settlements, even if I couldn’t be a part of them. I enjoyed what little story we were given, and the thought that somewhere out there people are forging their own stories is exciting. But for me, it was another ‘walking simulator’. A game with potential, hounded by an increasingly hostile online community. Maybe when the MMORPG launches things will be different, but in its infancy I can only suggest Life Is Feudal: Your Own to the most dedicated of gamers, with an equally dedicated and willing group to play with you.

Overly hostile community makes it nearly impossible to enjoy on your own, lacking character creator, story non-existent in game. 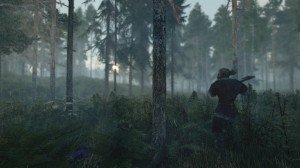 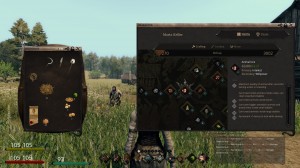 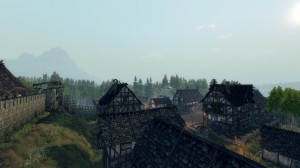 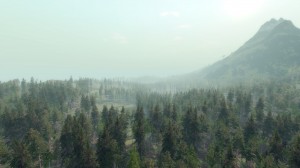 In the Shadow of Tragedy

A lot going on here.

Scheduled to go live on Thursday, April 22 for anyone who owns Civilization VI.

A guide to playing the classic casino game