Shoot ’em up with airplanes

Air combat arcade shooters are not a rare beast, but good ones are difficult to find. Either their approach is too arcadey or they stay too much a simulator and offer too little fun. The too-arcadey approach has been more common in the recent years and Iron Wings is not an exception. It is somewhat successful, however, in its attempt to differentiate from the competition with a unique storyline and focus on the less-remembered Tuskegee Airmen and Women Airforce Service Pilots.

The developer Naps Team first attempted to bring Iron Wings alive through a Kickstarter campaign, but they were not discouraged by the campaign’s failure and found other ways to make their dream come true. And while they wanted to make an exciting dogfighting game, the developers have stressed the story from the very beginning.

The heroes of the game are Jack and Amelia - and instead of the usual European airspace, the action begins in the US. Jack is a member of so-called Tuskegee Airmen who were the first African-American military aviators in the US, during a time when the military was racially segregated. The Tuskagee Airmen served in e.g. North Africa and Italy. Amelia, on the other hand, serves in WASP, Women Airforce Service Pilots, which was categorised as a paramilitary unit, but who flew all kinds of military aircraft, including test flights, during their service. Although numerous female pilots died in service, none of them were buried with military honours and they were always considered mere civilians.

In twists of alternate history - delivered through badly acted scenes between missions - Jack and Amelia are pulled into air battles in Europe and even in the U.S. and you, the player, get to switch between them and their planes right in the midst of dogfights.

With flight simulators and shooters alike, there are two things that are most important: the flight physics and the graphics. You need the first to make you feel like you are actually flying a plane and the latter to have great views to enjoy while you are doing it. Moreover, in an arcade shooter, the flight physics should not be too demanding so that the less enthusiastic flight fanatics will have more than a passing chance at beating their enemies.

In Iron Wings, there are certain good things to say about the flight physics, but combined with the controls the overall feeling is mostly bad. Once you get to know the peculiar controls, the planes are rather easy to fly - they go where you expect them to go most of the time and low speeds lead to stalling etc. expected outcomes. Also, the developers have wanted to bring a couple of nice flight maneuvers within the reach of casual players by putting them behind simple button presses. While a flight simulator enthusiast would groan at this and rather see flight physics being simulated at a level where they can actually perform the maneuvers themselves, these will certainly up the enjoyment for casual pilots. Another nice tool to get casual players along is the magic radar that allows you to lock onto targets and even lock the view to them, so that you can fly the plane from an outside view and see the target at the same time.

The problem is in the execution. First, the game does not recognize a flight stick or a joystick. The only way to fly is with a console controller or a keyboard, both vastly inferior to a good stick. Control with the short stick of a controller is not precise enough to make air battles enjoyable. Furthermore, in the arcade mode you cannot roll the plane with the stick, but will have to use the bumper buttons for this - so there’s none of that classic roll&pull chasing of enemy planes using your flight stick. And when you attempt to use the bumper buttons to roll properly, you will run into one of the scripted aerial maneuvers if you hit the buttons one after the other - and find yourself watching a pre-rendered cut-scene of your plane turning around in midair. Not a nice thing to happen when you were trying to get to an enemy’s tail.

This can be fixed by turning the arcade mode off, but that doesn’t help with the imprecise control that a gamepad stick provides as it feels even worse in the non-arcade flight mode. Apparently, joystick support is coming, but clearly it should be the priority in any air combat game, not an afterthought. However, the non-arcade mode also reveals serious problems with the flight physics: when you tilt the plane, it will continue straight when it should be turning in the direction of the tilt. Simply put, air resistance is not modeled or simulated at all.

Another problem is the focus on shooting. You never get to take off or land your planes: these are all pre-rendered for your repetitive viewing pleasure. The same with the above-mentioned aerial maneuvers - you need no skill to perform them. A lesser gripe - because it can be turned off in the game options - is the strafing camera which moves you to a minigame when you get behind an enemy (or shoot at a ground target) for a few seconds. This allows you to see the target up close. Hit well enough and the enemy will be destroyed - miss too many shots and you will exit the minigame. Yes, real WW2 pilots could see their enemies better than many air combat games make it seem (shooting at small dots rather than good-sized targets), but a minigame - combined with the non-precise control of a gamepad stick - doesn’t really solve the problem. Better wait for a good VR game and equipment where you get a proper field of view. Fortunately, this feature can be turned off in the game options.

A third annoyance is the third person view. You begin a mission in third person perspective and will have to press on the “back” button on the gamepad to get into the cockpit. It is the best view the game has to offer, but - for some reason - it is hidden behind an unintuitive button.

You get to fly between ridges and under bridges in the first or second mission, and you can fly above New York as well and I must admit it has been recreated very well. Unfortunately, if you try to fly too low, the game will give you one of the annoying pre-rendered scenes and tell you that you cannot go that low - and teleport you back higher up. The planes themselves look pretty, if not spectacular, and there’s a good variety of planes the US pilots flew at the time. Unfortunately, this means that you will not get to fly one of the British Spitfire planes in this one.

The missions offer nice variety on top of the good old dogfighting and bombing runs: for example, you also get to listen in on radio channels and do recon flights before you attack your targets. Unfortunately, the radio missions feel very unnecessary - you simply target a radio tower and then rotate a stick to get the right frequency (no actual skill or real gameplay needed, as simply pushing the stick into correct direction will do the trick). I can see no reason why this could not have been achieved simply by targeting the tower without the unnecessary play with the stick.

Most of the missions also neglect to tell you everything that you need to know. The first time you see the “the mission will fail in 30 seconds” text come up, you’ll be surprised - there’s no mission parameter telling you how many targets you have to destroy or how much time you have. Similar lackluster mission information comes up later on and you are left guessing what you are supposed to be doing and how you are supposed to “recognize” certain enemy planes before you attack them or how exactly you should be giving orders to your wingmate (this info only showed up after I had run out of time in a mission a few times).

Only for casual players

Given the problems especially with flight physics modelling and the focus on shooting, I cannot say that I enjoyed my time with the game very much. There’s no joy in flying when the plane does not behave as it should behave and you don’t get to land and take off the pretty things. On the other hand, I can see this title having potential: a few fixes here and there and proper flight stick support for my Thrustmaster T.16000m (and other joysticks) and this could become a very nice game. Unfortunately, it is not there at the moment and I am reviewing the product as it is here and now - as it is, there are other flight combat games out there that are more enjoyable to play, even if they lack the kind of story Iron Wings offers.. 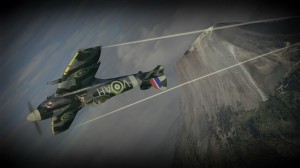 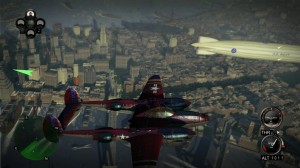 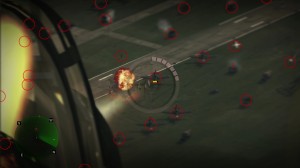 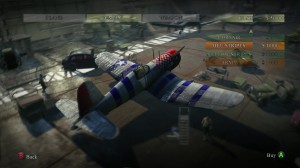 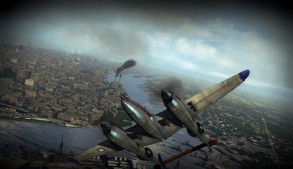 A Quirky Romp Through Time