What Do Ragdolls Dream Of?

Human Fall Flat is the latest in a refreshing trend of games that seem to be inspired by both advances in physics simulation and the plethora of fail videos that saturate the internet. If you have any familiarity with games like Gang Beasts, or a fondness for ragdoll physics, then you will be in familiar territory here. Human Fall Flat introduces you to Bob, a stumpy, plasticine chap who is stuck in a world of dreamscape, physics based, puzzle lands and needs you to help him struggle from one surreal level to the next.

So Bob seems to spend his existence falling, endlessly falling. Even when a particular puzzle is solved, Bob simply falls into the next one, and death (which is generally caused by falling) results in just falling back into the same level. The tools Bob has at his disposal are relatively modest, that being he simply pulls, grips and plods his way around his dreams. Everything in these dreams can be interacted with and the physics at play when you do interact with the them are pleasantly realistic. There’s something that instills a lot of satisfaction and confidence in a game when any said action gives the expected result. In Bob’s case that result can be anything from a catapult slinging Bob realistically to his doom or a destructible wall collapsing in just the right way. Fortunately or unfortunately, depending on how you go into this game, much of the challenge comes from Bob’s relatively haphazard way of going about things.

Clumsy control schemes go hand in hand with these types of physics based games, and for a lot of people are part of their goofy charm. In Bob’s case a lot of his own unique charm comes from the fact that the camera is tied to the movement of his arms. Considering his arms are used pretty exclusively to help solve the majority of the puzzles in the game, this can become a little inhibitive in a less charmingly silly manner and more of a this is frustratingly difficult manner. When his arms are raised to the sky the camera points upwards, and when his arms are down the camera points downwards. Sometimes this isn't a problem and the puzzle solving can be a delight. But unfortunately when many of the puzzles involve being able to see something Bob’s arms don't happen to be pointing towards, things can be ever so slightly frustrating. This is generally where you have to disconnect yourself from the mindset you need to play a regular puzzle platformer and realise you are playing something that is ultimately stupid. In this case, stupid is fine.

These games are almost the example of something that could actually be more fun to watch, or at least play with friends. It’s a spectacle of clumsiness that really isn't aimed at serious puzzle solvers. Once you accept it for that, Human Fall Flat is an endearingly fun little game, that lends itself to play sessions with friends and silly gameplay videos on YouTube. There is also local coop mode, which despite it’s unnecessarily unclear method of activation, is a delight once you get into it. Why be silly on your own when you can have double the clumsy fun? The levels are also delightfully portrayed. There are eight in total and each gives you a different area to explore, with a particular standout being the medieval world with it’s fully destructible castle and catapults. Bob’s dreamscapes are also rendered with wonderfully simple clarity. With each world coming across like a child’s playset come to life and given a bit of a dreamlike twist. Bob himself is a very blank little man, but his clumsiness gives him an endearing feel that evokes a certain amount of sympathy for his rather unfortunate situation.

You also have the option to paint whatever you like on Bob’s blank slate of a body, and the amount of hilarity you get out of that is of course up to you and your particular selection of friends. It can also be fun to see how different players decide to tackle the same puzzles. The sandbox like nature to the puzzle solutions means you could go about achieving your goal in a myriad of different ways. This also lends itself well to replayability as the number of times you could go back through a level and come at it from an entirely different angle are probably fairly plentiful. There are also potentially plenty of different secrets to find within the levels along with a variety of achievements that encourage exploration and thinking outside the box. It’s nice to have that encouragement and incentive to replay the levels multiple times, but I did find my attention wavering somewhat. As fun as these games are in short bursts or with friends, the long term appeal is somewhat lacking. There is perhaps simply a lack of substance or depth to the experience, which is by no means a fault in a game that clearly prides itself in it’s silly physics. This is clearly something to be enjoyed for what it is when you’re in the mood, rather than a completionists long term paradise.

Human Fall Flat is, at the end of the day, a competently silly, physics based puzzler. Its wonderfully simple dreamlike aesthetic and solid physics make it a joy to play for the majority of the time. The longevity of the experience is somewhat lacking and puts it at risk of becoming frustrating over longer play sessions. But taken in bitesize chunks with friends, it stands on it’s own two legs as a wonderfully stupid party game. 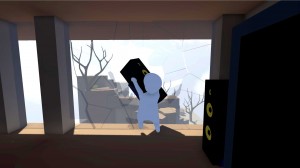 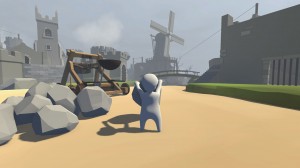 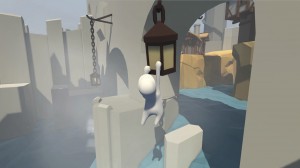 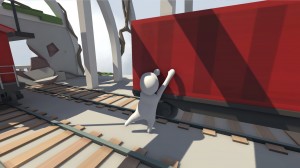