I have to admit to suffering something of a disconnect reviewing Frostpunk. I started playing on what would go down in history as the hottest April 19 ever recorded in my country, The Netherlands. That by itself isn’t all that surprising. 2014 was the hottest year on Earth in recorded history, 2015 completely shattered that record, only to be outdone by 2016. 2017 did a tiny step back and now closes the top three of hottest years ever recorded. What does any of this have to do with Frostpunk? There’s growing evidence that when the Earth warms up, certain processes start that cause an ice age, and that is exactly what Frostpunk is all about, surviving an ice age. Suddenly the world of Frostpunk doesn’t sound like sci-fi anymore.

Frostpunk’s main campaign puts you in the unenviable shoes of The Captain, leader of a squalid group of ice age survivors in search of shelter from the cold. Your expedition is headed towards what is believed to be man’s last hope – a powerful coal generator built to help mankind survive the ever-falling temperatures. Faltering halfway, the expedition sees only a handful of survivors making it to their destination but their plight does not end there. Instead of a working coal generator, they find it shut off and unattended. The first order of business is to get it running again. Even with the generator running, the situation is dire. The generator only heats a small area, there is no shelter, barely any food and people are getting sick from the cold.

In pursuit of heat

It’s an incredible premise for a city builder – it is easy to forget that Frostpunk is one – and the sense of dread you get right at the start is guaranteed to last throughout your first few playthroughs. It is as if the game has a sixth sense for when you are starting to feel overly confident – just when you think you are getting a handle on things something will happen that will make you fear that you are falling behind. Still, you keep going. Through research you increase your intake of resources, raise the efficiency and range of the generator, and provide housing and care. And while resources for construction and research aren’t finite, there is limited space and a cap on the speed at which you can harvest steel and wood. Just one more thing you need to keep track of.

You send out scouts to explore your surroundings, scavenging the remnants of other expeditions as well as failed settlements. The resources help bolster your own chances of survival. Other survivors may ask to join you, which often leads to difficult choices, such as whether to take them in or let them fend on their own in the freezing cold. Taking them in may seem to be the humane thing to do, but if you cannot provide them with adequate shelter and run out of food as a result, you are jeopardizing the survival of the city.

Frostpunk is full of such hard choices and even the more clear-cut ones can turn out pretty bleak. Many of the game’s difficult choices stem from the book of laws, which is not unlike a tech tree. Often, the book of laws makes you pick between two unattractive choices, such as Food Additives that cause discontent to rise and hope to fall, and Soup which will do pretty much the same. Both will stretch your rations a bit further and fewer people will be hungry, but neither will be well received. It may make perfect sense to have children join the workforce, but you’ll wish you had kept them safe at home when they start dying during their shifts. Allowing hospitals to become overcrowded may mean more people get treatment but your citizens see it as failure on your part, causing a permanent penalty to discontent.

It’s these diabolical choices that we’ve come to know and love from 11 bit studios’ This War of Mine. And while Frostpunk rarely feels as personal as that game, there’s enough of it here to make you think about what a frozen world might be like, and what your choices would be facing similar circumstances.
Looks like…

On the technical side, a few minor issues distract a little from Frostpunk’s otherwise well portrayed and fantastically atmospheric vibe. Navigating through the book of laws becomes increasingly unintuitive as you unlock new choices. Some laws even remain invisible throughout the game because you don’t unlock anything near enough to light them up. This just doesn’t feel thought through very well. Similar issues appear in other areas of the game, though practice makes most go away after a while.

Two issues remained, though. One of the scenarios asks you to put together an aid package and send it off to another settlement I failed to figure out how to do that last bit. Another issue is that all of your settlements will start to look alike after a while. In part this is because buildings not within range of the generator are covered in snow, making it difficult to distinguish between a bunkhouse, a house or even a place of worship. There is also an optimal layout that will start dictating what your settlements look like after your 3rd or 4th.

Those points aside, Frostpunk is an incredible game. I remember that when John reviewed This War of Mine, he did not feel he was able to do the game justice. I have a similar experience today. Frostpunk is special, it’s one of a kind in that the game is used as a vehicle to convey a message in a way that most games can’t even aspire to achieve. You’ll switch of your PC after a session and walk off filled with “what if’s” and that is an amazing experience. Few developers understand how to play the heart strings well, but 11 bit studios are proving themselves to be the orchestra conductor.

Wonderfully atmospheric. Hard choices that will make you feel sad.

Interface can be unintuitive at times 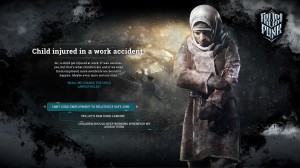 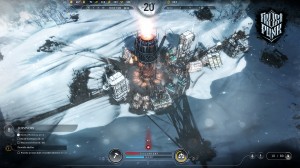 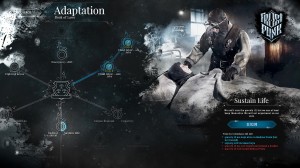 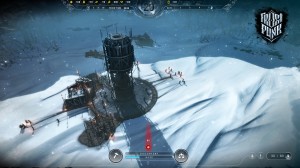 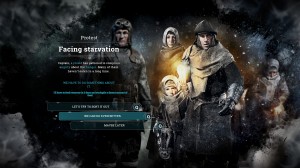