The Football Manager (FM) franchise was first introduced back in 2004 when the initial game, FM 2005 burst on to the sports management simulation scene. Delving deeper in to the history of this storied sports title we find that the game originally started life as Championship Manager (CM) in 1992. That's 27 years total of continuous releases and if that doesn't put the FM games solidly in to the top tier of management sims then I don't know what would. For those of us who might not be aware, FM has nothing to do with American football and a whole lot to do with soccer! Over the years, the FM series has tried its best to mimic the real world game of football and turn it in to a video game.

Upon starting a new manager career and after designing your character’s profile, a job interview is conducted and you are told what will be expected of you and your team. These expectations are called the Club Vision. The Club Vision requirements can range from recruiting certain players to developing home grown talent and probably winning a championship or placing at a certain spot in the standings. The manager’s job is not easy and failing to fulfil the club’s vision could determine whether your soccer managerial career abruptly comes to a crashing end or if it continues for another season or two! At the end of the little interview (which is actually completed after you read the Club Vision and click continue) you are hired as the new manager of the club of your choice. Team choices are massive so I chose my home town team, the MLS, Orlando City Soccer Club in Orlando, Florida to be my main club.

Football Manager is an extremely detailed and deep simulation and the data present can be overwhelming for new players. That’s not a problem because the game contains staff that volunteer advice for managers who desire it. Running a pro football team is hard work and having assistants to schedule the various duties and even take over chores is welcome. I found it a bit frustrating when I first started because I couldn't figure out how to advance to the next day. I eventually discovered some unopened emails in the manager’s inbox I had forgotten to look at. Upon reading and completing the email tasks I could advance the day. If things suddenly become overwhelming during the game because assistant help was turned off you can assign an assistant coach to handle the issue at any time. There are many more coaching duties than mentioned in this review that need to be taken care of each day and the managers email inbox plays a pivotal role in keeping track of everything.

The above described some of what can be expected of the manager in order to keep the big bosses happy. Some of the more notable coaching duties are setting the players’ training schedule, looking at scouting reports and then trying to recruit the best players based upon the scouting recommendations. The manager also sets the teams game tactics, looks after the team’s youth squads and what I can only describe as the minor league system or rather the team’s associated organizations. A couple of the duties that I enjoyed most was handling press conferences where, over time, you will build up a working relationship with the reporters. The other one is negotiating contracts with staff and players. In fact, all of the duties, as you accomplish them, you will gain experience and greater trust and your reputation as a competent manager will grow. Overall, there is a whole lot to this game.

Sports sims generally have a basic concept in the way the game works which stays the same each release year and it’s the same in FM. However, there are some new upgrades in 2020 that are worth mentioning. I mentioned “Club Vision” above but it should be said that it is a development of the earlier board room functionality, which laid out the team’s objectives and philosophies for the coming season. The new “Club Vision” allows the team to chart a 5 year long-term course into the future along with the board rooms season-by-season goals.

A new development centre allows the manager to keep a closer eye on the team’s young talents. Plus it is better equipped to help them reach their potential than the old training system did. The feature also gives an overview of the youth teams. In addition, the new Player Development Manager role allows the next seasons perspective talents to be previewed in order to know which players have the best talent and that can eventually be signed on. Developer Sports Interactive wanted to model the game’s assistant coaches actions so that they mirrored real world soccer team staff and I think they did an excellent job in this area.

In the past, the biggest complaint about FM's graphics was that the game engine didn’t render the match simulations very well. These are now revamped for 2020 by providing greater detail in the players appearance and how they act on the field. However, the old on field look was just fine because the depiction of the match is just meant to show match highlights. Some other improvements to the graphics is the modelling of the various weather conditions that might happen at match time. Even with the upgraded graphics the game’s system requirements are very modest.

The FM franchise has a rich history and it is extremely accurate in how it portrays the sport from the management side of things. The manager might not be able to control the player of his choice on the field of play like in other sims but they do design the game tactics and train the players so the final product will be totally evident while watching the on field performances. This game is mildly different from the previous FM game and that’s because it is very difficult to improve something that is already great. If you love the game of soccer, go out and get a copy of Football Manager 2020. It’s that good. 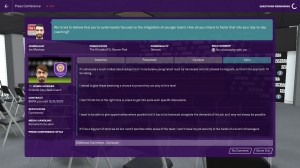 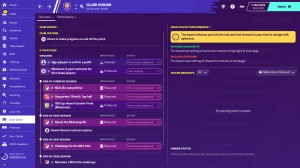 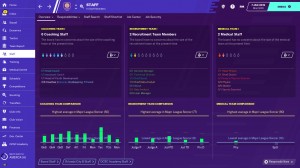 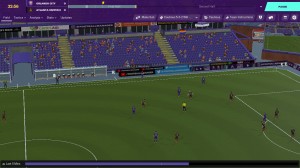 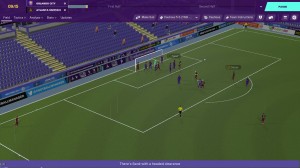 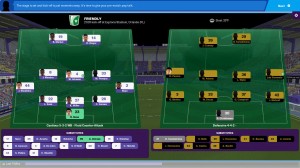 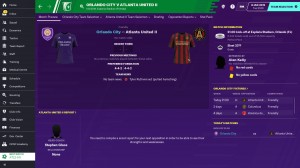