Why does reviewing addons have to be so difficult? I think taking out a splinter that’s snuck up under your skin is easier than reviewing an addon for a game, though if the addon in question is any good, it is far less painful.

Elemental has come a long way since its first inception. The muddled mess of the original game has slowly given way to something a little more streamlined and ultimately more playable. Elemental: War of Magic was nothing short of a Fix’em Upper, a game filled with bugs and convoluted gameplay that was screaming for some TLC. Stardock did not give up on their game and did give it just that. The result was Elemental: Fallen Enchantress which fared much better but failed to enrapture me due to a chaotic, unrefined interface. The underlying game was solid enough so I was keen to see if Fallen Enchantress: Legendary Heroes did anything to resolve my issues.

In with the new

But before we get into those, let us have a look at some of the new features that Legendary Heroes brings to the table. Fans will be happy to note that the new additions do not tamper with the core gameplay too much, or at least not in a negative way. The not all that exciting additions are two new factions, new monsters, larger maps (the game still gets sluggish on bigger maps) and an upgraded graphics engine that – frankly – doesn’t show in any noticeable way.

But from there, things change for the positive. The revamped heroes system is much more enjoyable now that you can actually influence how many will show up through increasing your fame. Your fame builds up by accomplishments in city building, combat and exploration and a busy commander will soon find himself surrounded by capable lieutenants that have flocked to his banner. Both your main character and heroes will start on a much more modest level than they would in the base game, meaning that you will work a little harder during the early battles.

When they level up, a wide range of options will allow you to shape your heroes into frighteningly effective magicians or dependable warriors in any way you see fit. You can get quite creative too. I shaped one of my heroes into a healer-defender, able to make a stand in the frontlines, supporting the other units in combat with both defensive buffs and healing when needed. My mage stayed in the back and when she wasn’t raining hell on the enemy units through magic, she poured arrows with equal abandon.

Swarm adds new tactical options that change how you play. 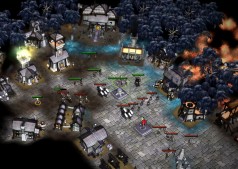 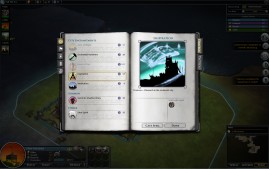 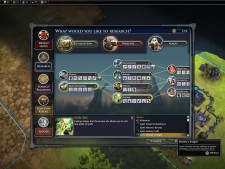