Open-world RPGs can be quite a gamble in Steam’s Early Access program. While they might not be so difficult to start, it seems all-too-common for developers’ ambitions to become a bit to grand, resulting in a game that never reaches the lofty goals promised or hinted at. This being the case, I was both nervous and excited picking up developer Alersteam’s Exoplanet: First Contact. On one hand, a small developer attempting a detailed open world sci-fi western survival-RPG is a very tall order. On the other hand, I love me just about anything with cowboys and aliens. Having spent some time with the current Early Access build of the game, I’m left with mixed feelings. Some good ideas and weak foundations clash in an experience of high highs and low lows.

A Fun World to Explore

In typical astro-western fashion, Exoplanet is the story of a rogue loner. Running a transport ship, Jack Sharp agrees to transport a crew of passengers who eventually turn on him, take over the ship, and leave him for dead on a struggling planet. Having crash landed and then immediately mugged (talk about a series of unfortunate events), you’ll take control of Jack as he explores the frontier, it’s characters, and its secrets. It’s in this narrative and opportunity for exploration that the game’s greatest strengths lie. The game world may not be particularly pretty to look at, but it is clear that a lot of hand-crafted care has gone into the explorable areas. Little of the map is featureless, with ample pathways, landmarks, and verticality. It’s also populated with some interesting characters and stories, which I look forward to being expanded upon as the game moves forward. There are plenty of dialogue options, and the writing is of generally high quality. I wanted to find out more about the happenings and relationships between different people and groups on the planet, which is a great sign in a game like this.

It’s not all peaches and cream though, unfortunately. My main beef with Exoplanet right now is that combat just isn’t fun. Melee combat consists of running up to the enemy, hitting once, retreating before their strike animation connects with you, then doing it again until they’re dead. I haven’t seen any enemies that do anything except run straight at you (unless they’re using a ranged weapon), leaving combat feeling tacticless and unrewarding. Furthermore, the act of striking with a melee weapon is fairly inconsistent. Hitting the same button to attack, most of the time I’d strike fairly quickly while moving, and other times I’d plant by feet and be forced to stay still while striking, causing me to be hit in return. Sometimes my characters wouldn’t respond to the prompt at all. It was frustrating and, to be honest, not fun. Ranged combat fares a bit better, but still suffers from floatiness and the lack of any real necessitated strategy

I ran into my fair share of glitches as well, but that’s to be expected from a game in this stage of Early Access. One in particular is worth pointing out, though, as it had a repeated and notable effect on my ability to enjoy the game. Sometimes the UI would disappear and I couldn’t see my hotbar, health, stamina, or enemy health. This makes it impossible to know when to disengage, when to heal, and when an enemy will be dying, which led to a number of unnecessary deaths. When this happened, UI boxes like inventory would also not appear. In certain instances, like during the very first fight after which interacting with two dead bodies is necessary to progress, this meant that I had to save and reload to continue. That’s not a fun way to play the game.

Give it Some Time

It’s important to understand that Exoplanet is in Early Access. Things will surely change and improve, and the devs are very open about many of the game’s systems being partial or missing. That being said, your mileage will vary depending on what you’re looking for. If you want to explore and engage in some interesting bits of story and lore, there are things you’ll like here. If you’re looking for a deep survival system or combat with any level of depth or weight, this is currently not the game for you. Personally, my recommendation at this point is to hold off until everything comes a bit further before you jump in. There’s potential here. A lot of it, actually. However, the story and exploration will only improve with time, and hopefully the combat can step up to the plate to balance out what the game has to offer just a little bit more.

The game has potential, but we're not ready to jump in with both feet. If the game interests you, look, but don't touch - yet. 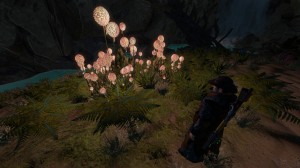 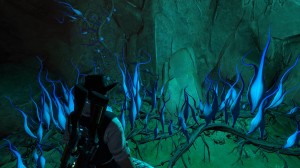 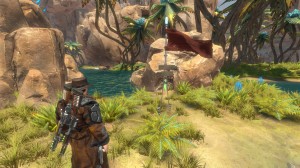 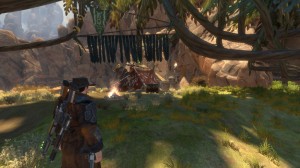 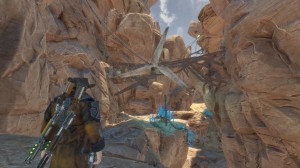 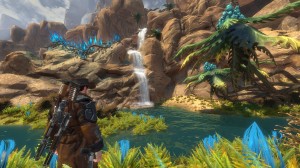 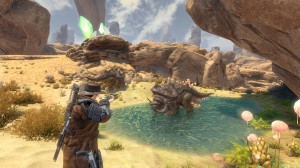 Battles aren't all won with a sword

World of Tanks launches on Steam