Two years ago, Endless Space heralded the dawn of a new era for turn-based strategy. Developer Amplitude Studios did not set out to break any grounds but they did inject new energy into an otherwise slumbering genre that is now once again thriving.

For Endless Legend, Amplitude Studios set much loftier goals than ‘simply’ creating a good turn-based game. This time around they would reinvent the 4X genre, mirroring what XCOM did for tactical turn-based games, and they have, as today Endless Legend brings the genre to new heights.

Not your average 4X

At first glance, one could mistake Endless Legend for your run of the mill 4X game. All the ingredients are there: there are cities to find and found, technologies to be discovered, lands to be explored, and armies to be vanquished. The game starts the same too. You pick a race from a selection of eight, you set some parameters that determine the shape of the world, push the button and wait for the map to be generated. Next you plunk down a city and get your starting army to explore its surroundings. It’s all very familiar in that “warm bath” sort of way.

But then things start to look a little different. The terrain is much more varied than you’d expect, a number of tiles sparkle - rather invitingly I’d say - and there are marked elevation differences between them. These are not just for show.

A small army of what appear to be walking slugs is heading towards your fledgeling city and you rush to intercept. As the two armies clash, the game zooms in on the map - giving it the appearance of a funky chessboard - and units from each army sprawl out over the hexagonal tiles. Flags indicate where reinforcements from the city will join from and the now even more pronounced elevation levels show you exactly what the height differences are all about: pitfalls, obstacles, protection - strategy!

Each battle is unique, taking place on a small area within the randomly generated world map and thus equally randomly better suited for ranged combat or melee. Some battle maps will have a central chokepoint that can be plugged by a single armored unit while archers take potshots at whatever unit dares to come within range. Others will be fields with barely any elevation at all on which cavalry has a field day against lightly armored units. If you then add a colourful variety of unit types, racial bonuses, and hero abilities to the mix, you ensure that no battle is truly the same. Sound strategies in one may be your downfall in the next.

Perhaps the only downside to Endless Legend’s combat is that you don’t actually get to move your own units around. You assign targets to each of your units and then watch as both sides duke it out before assigning new targets. Despite that - or arguably because of that - the elation of winning a battle on seemingly disadvantageous terrain is unlike anything you will have ever experienced in a 4X game.

The terrain is not the only element that plays tricks on you. Seasons do too, and the seasons are unpredictable. Fortunately, there are only two to deal with: summer and winter. The lush summers spur growth, increase productivity and provide an abundance of taxes. The winters are cruel and force you to take a long hard look at how your workers are spread out between generating food, dust (cash), production, research, and influence. Armies move at reduced speeds, greatly restricting your ability to wage war and explore. At every turn, you look at a season prediction indicator to see how likely it is for summer to arrive. Particularly long winters can cause some despair, especially during wartime when cash reserves are floundering and you are barely able to stay afloat.

Some players may find the pace to be a little slow. AI could do with improvement. 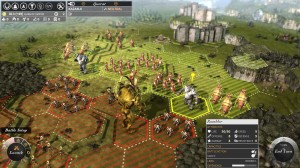 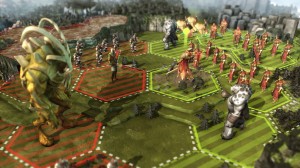 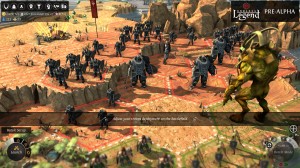 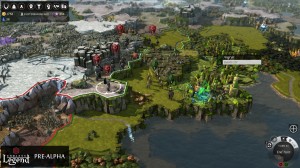 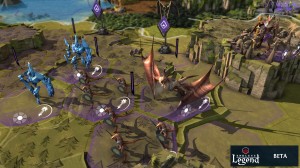 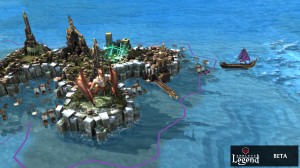