Have you ever wanted to be a firefighter, but decided you didn’t have time or patience for that pesky red tape? Regulations getting your firefighting down? Well, for all those who have this mental image of a chaotic and potentially incompetent team of casual firefighters, Embr is certainly for you!

Embr is a first-person game that combines elements of platforming, problem solving, and a satirical take on capitalism and the ‘gig-economy’ of Uber and other such ‘side-hustles’. Gamers take on the role of someone joining Embr, an app for gig organized firefighters, and then are taken through a very short tutorial that demonstrates the kind of wit that this simply designed game may very well become known for.

The current Early Access build of the game is made up of one district, split into twelve different sections. Sandwiched between the tutorial and the boss fight, and two special missions involving a suspicious, maple syrup scented rival company, leaving eight different locations of various difficulties where you arrive at a home and rescue clients, and these difficulties are signified by coloration. There are four green that are the easiest to handle, two yellow which are slightly more challenging, an orange which is higher still, and finally a red section which denotes further difficulty still.

Put out those fires

In a manner reminiscent of some older games, gamers must achieve a certain amount of ‘flames’ in order to progress through the game. A total of five flames can be earned in each section based on your firefighting performance. A rare sixth blue flame can be earned when players return to an area when a special mission becomes available and gamers manage to complete both the special and the main objectives. These special goals can be anything from keeping the house stability above a certain level, finding a specific item within the home (which, while the client doesn’t tell you what it is, it does helpfully glow when you do see it), or salvaging a certain amount of money from within the home on the client’s behest, be it suspicious stacks of bills or items like stereos and televisions.

The game is well designed, but its placement in Early Access is noticeable, based on the long load times and some minor visual glitches caused when loading into some of the larger areas. But these issues resolve themselves quickly and unless something particularly chaotic happens the single-player has no issues that make the game difficult to play. That being said the game’s capability to be co-op should be noted, with some of the later areas of the game appearing to benefit far more from playing as a squad of up to four Embr Responders. As a benefit of multiplayer, each item demonstrates a few upgrades that can alter their usage for a specific situation, such as size alterations for your trampoline, or spare ladders so you can leave one for those teammates who forgot to pack their own.

Seeing through the smoke

Some less important details: the graphics and character models are simplistic, working well for the game's purpose, as Embr is about fun and wackiness rather than realism. The character customization options include outfits that alter capabilities such as taking less damage from certain hazards or moving faster. These different combinations based on outfit choice also emphasize creating teams with different types of specialists depending on what the situations call for is the way to go. Specializations, such as a ‘rescue’ type which carries extra ladders and trampolines and the like, or someone that focuses on ‘suppression’ and keeps the fires from spreading.

The music is primarily jazz-like, with a more easy-listening vibe on the main menu and a bit more action-oriented tunes within the stages themselves. The main menu of the game is built fittingly to resemble a smartphone, though the only app we see is the Embr app, and some form of news app that occasionally loops snarky or pointed news articles onto the top of the screen, there aren’t too many of them, so you may notice them cycling through after some time.

The game is short, completing everything from the tutorial to the boss level took about three hours. With that said, the developers claim that the game will have double or triple the current amount of content, as well as narrative threads, asset upgrades, and various new mission types when Embr finally leaves Early Access.

There are some rather silly situations that can occur, including finding clients on a toilet (which they will go back to if left alone), or seeing some clients that were rescued uncaringly checking their phones or potentially writing reviews on Embr instead of worrying about the people currently still inside the burning building. Embr demonstrates plenty of potential to be a very enjoyable game to play either alone or with friends when it finally comes out. The developers at Muse Games have warned as more content is added and the game approaches the end of Early Access the price may rise slightly, so you may want to get in on the fire-fighting action before the flames become too large. 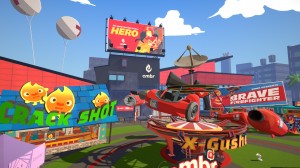 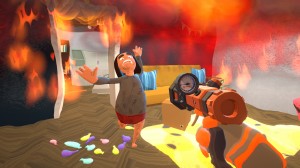 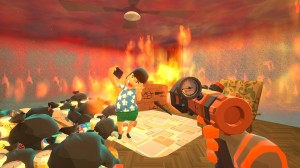 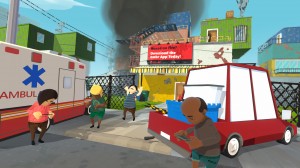 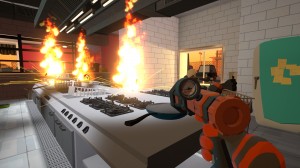 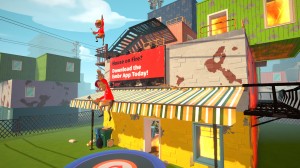