“Arise from the ashes”

The Dark Souls games have always been about difficulty. Dark Souls III continues that trend, giving experienced Dark Souls players a challenge whilst giving newcomers to the series a rather steep learning curve to contend with. Dark Souls III starts off with a wonderful cinematic explaining that the Lords of Cinder have been unearthed and have abandoned their graves. After creating your avatar, he (or she) rises from the ashes to search out and then destroy the four Lords of Cinder so that you can return their ashes to their tombs within the Firelink Shrine.

Gamers get the chance to design a character that suits their style, from the facial features to the body shape. The character editor could literally take hours if you so desire as you make minute changes to each feature. Once the looks are set, gamers can then select the starting class for their avatar. There are ten classes (well, actually nine plus a classless character with no skills for those with a masochistic streak) and as such there is a class that suits each gamer, from a sword and shield wielding knight, a longbow-wielding Assassin, or a magic-casting Sorcerer. These are only starting classes though, giving gamers a set of equipment, skills and stats to use as a base. From that point on, gamers can determine the direction their character will take as their skills improve.

As in past Dark Souls titles, the game can be brutally tough. Early on, before I got back into Dark Souls mode (I haven't touched Dark Souls II since I reviewed it a couple of years ago), there was more than one occasion that I wanted to throw my controller out the window as the “You Died” phrase appeared on my screen after numerous battles with the initial boss. But with Dark Souls, dying is inevitable. It is just a matter of persisting and working out the patterns for each of the enemies that you encounter.

I died a few times early on after initially having some issues with the camera (possibly because I’m so used to playing with the keyboard and mouse combo). I slowly got used to the controls though and found that the controller was reasonably responsive. The ability to target an opponent does make combat that much simpler as the camera focuses on the targeted enemy. The targeting function only has a limited range though, so putting an arrow through a far off enemy is pretty tough. Having the right bumpers act as the left hand (arm) and the left bumpers acting as the left arm is extremely intuitive and switching between weapons and shields is also just a button press away. But in combat, it is not just the attack and defend controls that get a workout. Boss battles require gamers to act upon the patterns of the bosses, looking for an opening with which to attack. This will involve some moving about and making use of the dodge function to roll sideways or jump backwards out of harm's way. It could be said that the dodge function in Dark Souls III is just as important as the attack and defend capabilities.

Souls are important too just like in previous titles, as they act as the in-game currency. Upon defeating an enemy or scrounging souls amongst the dead, gamers can use the accumulated souls to spend on leveling up their avatar - which allows gamers to increase one of the nine available character stats. Souls can also be spent on better weapons and equipment, essential to take on some of the tougher opponents. Other elements can be found throughout your journey that can repair damaged equipment or imbue them with specific powers such as being able to inflict fire damage.

Dark Souls III is, as the title suggests, a dark game visually. Skies - when you're outside - are grey and daunting, whilst indoor areas are dark and creepy. There is always that feeling of dread that something is about to pop out of the ground somewhere and attack you. The locations are primarily filled with browns, blacks and various shades of grey. The many bonfires scattered throughout the locations add a touch of color to the surroundings and do feel like a beacon of hope as you near one. As you wander around, there is a sense of sameness to each location though, mainly due to the rather bland settings. But combined with the haunting operatic score, it fits the nature of the story to a tee. The voice acting within the game is wonderfully atmospheric too, with the only disappointment being that there aren't a whole lot of people to talk to within the game world.

Dark Souls III is still often a frustrating game to play, especially after dying and repeating a section a number of times. But it is when you overcome those difficult scenarios – especially those that involve one of the many boss battles – that Dark Souls III shines through. A real sense of achievement is felt upon coming through the battle intact, and that has been the secret to the Dark Souls series from the start. Newcomers to the series may initially feel daunted by the steep learning curve, but it is well worth the effort. Although the setting is somewhat bland in a colour sense, the feeling of dread and despair that it conveys sets the tone wonderfully. The emotive musical score completes the vibe, giving Dark Souls III a polished finish.

Camera can be awkward at times. Game can be brutal for beginners. 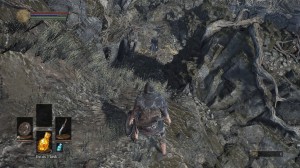 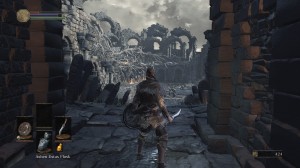 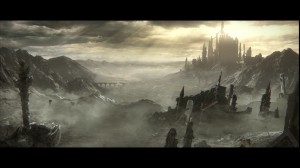 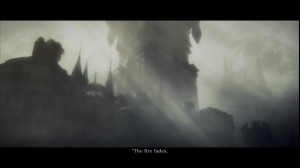 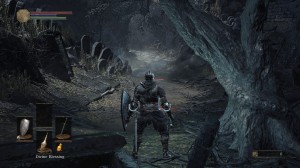 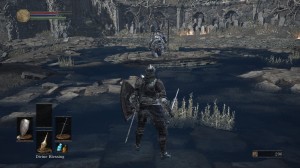