A light in the Dark

January is widely seen as the Ĺdead monthĺ when it comes to video game releases. It follows the packed fall release schedule and is two months shy of the bustling spring season. In truth there are plenty of smaller scale games debuting throughout the month, though the dearth of Triple-A titles leads to the aforementioned preconception. Which is a shame, because plenty of games that should get attention due to their high quality are ignored or swept under the rug. And in 2015, I can think of no better example of this than the excellent Crystal Catacombs.

Fair warning though: if you want to play a game that is not very challenging and easy to learn, look the other way because Crystal Catacombs will kick you in the teeth from the get go. There is no tutorial, no difficulty curve to help you adjust when you start playing and the only way to learn is to experiment with the mechanics yourself. For some of you the challenge is a welcome one, while others may want to back away slowly before the game jumps at you.

Or maybe you should, because at the start of each of the roguelikes randomly generated levels starts an hourglass that slowly empties as time goes on. You have to reach the end of each level before it runs out, fighting a wide variety of monsters and dodging a wide variety of traps along the way. At the end of some of the levels lies a boss monster that needs to be conquered, which is no easy feat in and of itself. Now try doing all of the above on one life.

There are a few game modes to choose from at the start of each adventure. Three of the difficulties differ only in terms of the amount of lives you have: five and three respectively. In them, you play as an explorer venturing to the titular Catacombs, a place with portals to multiple worlds. Your job is to explore the five worlds in any order you wish, conquer them and live to tell the tale. The other difficulty also has one life, but randomly switches worlds upon completion of each level in the vein of the gameĺs classical predecessors in the genre.

Thankfully, the worlds are so diverse - both aesthetically and gameplay wise - that to master one does not mean that youĺll know what to expect in the next. In fact the opposite occurs. Dodging the zombies, spike walls, and ghosts within a Gothic castle for a few hours will leave you unprepared for the fire and brimstone filled Pitt or the alien and eldritch Deep Darkness, and vice-versa. The only tools that you have that are common throughout each of your playthroughs are your starting sword and your jumping ability. With them, youĺre expected to traverse randomly generated levels and gather new items and collectibles along the way. Not that the game tells you what the collectibles do either beyond small statements and warnings. One of the first items I got was a black ball that warned me that it would explode and to be careful. I used it on a zombie, and discovered that the detonation time was one second long and that the explosion covered half of the screen. And so ended that playthrough.

Graphically, Crystal Catacombs features some of the best pixel art in recent memory. Iĺm trying to come with another game that uses such a simple graphical toolset to create such wildly gorgeous and varied landscapes and I canĺt. The enemies themselves are easily distinguishable and suitably dangerous looking, while the art manages to convey the dangers in terrain with simple visual clues. For example, in the aforementioned Gothic castle world, spike traps appear first as flat, grey coloured tiles compared to the normal cobblestone floor. Really though, the art is beautiful, and never gets old or tiring no matter how many times you accidentally impale yourself on spikes.

Bring Your own Pad

If there is one thing that I would recommend to new players, it would be the need for a gamepad. A keyboard works well enough, as much of the time I spent with the game was with one, but a gamepad allows for easy control and precision of movement that I feel is absent with a keyboard. Take jumping for example, as when you jump you cannot change your momentum in mid air, meaning that the speed and location of the initial jump press is crucial. While large gaps are easy enough with a keyboard, I was routinely failing even simple platform jumps until I switched over to a gamepad, which provided a moderate amount of improvement. Even so, the jumping mechanics are not as sound as they could be, though they are functional.

Beyond the jumping mechanics and some technical slowdown that occurs every so often while playing, Crystal Catacombs is a difficult and engaging roguelike that is a must play for fans of the genre and for those who want something different in their gaming library. It might not be the easiest game, but itĺs one that you wonĺt want to stop playing hours later. 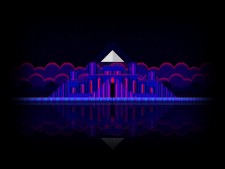 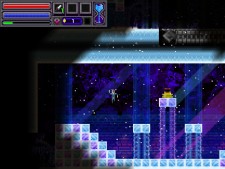 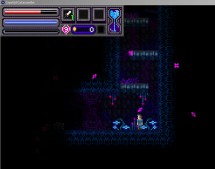 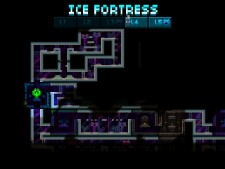 Legends Return to the Ring

Shakes on a Plane