In Crookz: The Big Heist the stakes are high. Staying faithful to its heist influences, the game revolves around a group of thieves, each with their unique set of skills. It’s got the funky style of the 70s. It’s got the zany story that’s way more expansive than it has any right to be. It’s got all the gadgets that would make even James Bond jealous. Yet despite having all these things that you fully expect from any heist themed game, Crookz stands unique in that no one has made any game like this before.

Right from the start you’re stealing priceless artifacts from high security locations, and it only becomes crazier from there. Levels range from casinos and prison breaks, to famous museums and even a nuclear power plant. You’re not just worrying about security guards or the cops either, because like every good heist story, there has to be a big, bad villain.

Crookz is a game where tactics are key. If a guard manages to catch just one member of your team, it’s game over. If you trigger too many alarms or get spotted on too many security cameras, your heat level rises too high and it’s game over. So, you have to use the skills of your team and all the tools at your disposal to make sure that doesn’t happen. It helps that you can pause the action at any time. So if you see someone is about to run into trouble, you can tap the spacebar and get them to turn around. A handy feature is the action queue. While paused, you can set up an unlimited number of actions, and you can even get your crew members to wait at a certain location and then continue on your command. It’s tough to pull off, but when you set up a queue and watch everything unfold just as you planned, it’s highly satisfying.

You start out with a small team, and slowly add new members along the way. You’ve got the burly bruiser who can knock out guards, the contortionist who can fit through air vents, the locksmith who can open most doors, and so on. You might even meet a robot along the way. However, you won’t be taking them all on every mission. Sometimes a specific character has to go along, but for the most part, you’ll be hand-picking your team based on the given situation.

Before the heist begins you get to take a look at the entire layout of the area. Guard patrol routes, cameras, laser barriers, and how everything is connected. If you spot a locked guard room that features a terminal to turn off all the nearby cameras, you’ll probably want to bring the locksmith along. If there are a bunch of guards, you might want to bring the sneaky lady who can slip behind them without being seen (despite her huge afro).

There’s a remarkable amount of depth to what you can do, and your options grow and grow as you progress through the game. Each character has four skills which unlock after completing certain missions. The contortionist can fit through air vents, but over time she’ll be able to hop and skip her way through laser barriers like they weren’t even there. The tech expert can hack terminals to open doors and cut off electronics, but further down the line he’ll be able to do things like put security cameras on loops to allow your team to waltz through undetected.

Large number of tools at your disposal. Stays true to heist influences.

Variety of tools is not matched by variety of levels. Action is formulaic once you’ve figured out what to do. 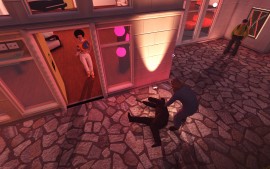 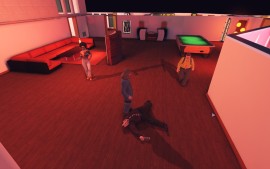 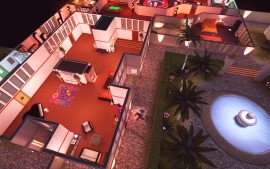 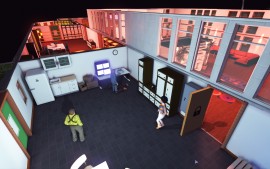 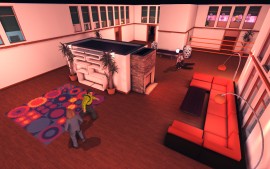