In the great television program The Wire, Idris Elba’s character has a fantastic couple lines about 40 degree (Fahrenheit) days. They’re not cold enough or hot enough to elicit any kind of response, he says. They’re plain, uneventful days that just come and go without notice or effect. To be frank, this was a hard review for me to write since a lot of Cornerstone: The Song of Tyrim is like a 40 degree day. Everything from the combat to the crafting to the characters and story are just kind of there, not doing anything wrong, but not doing anything particularly exciting either. Games like that are hard to write about because there isn’t much to praise or lament.

Cornerstone, as I’ll refer to it as from this point forward, puts you into a very familiar Viking world. People have hammers and horned helmets. The men pillage, and there are bandits to defeat. You, the player, controlling the titular Tyrim, want nothing more than to break expectations and stay at home in the village you whole life. Of course that wouldn’t make for a very exciting game, and soon enough you are off to deal with why all the men haven’t returned from a journey, and things go on from there. All of the characters are rather one dimensional and not terribly interesting, and there was nothing narratively that kept my interest, but there are some cool environments you’ll play through, which make good use of the cartoonish art style popularized in The Windwaker (which, it’s worth noting, are complemented further by enjoyable music).

While out solving puzzles and slaying baddies, something that really became annoying the more I played Cornerstone was that there’s no mini map, and the map that you can pull up doesn’t have any quest markers on it. Sure, most of the small quests and tasks have a brief verbal description of where to go, but an instruction like “find X by the tavern” doesn’t really make it clear where the tavern is, which is frustrating. I wasn’t getting lost because of it or anything, but I felt like I was wasting minutes here and there for something that didn’t add anything positive to the experience. When I was solving the puzzles though, which are largely physics based, things were generally good. The puzzles are never really challenging, but I was happy to see that for a smaller-scale game the physics were consistent and worked well.

The other side of the gameplay coin is combat, which, again, is functional if not particularly exciting. You have a basic strike, you can evade and block, and you have a few tools such as mines at your disposal. They all work as advertised. I wouldn’t have hated some kind of tell, though, as to how much remaining health enemies had so I could better plan my method of attack (there are no health bar or other visual aid). While it worked, combat quickly grew dull, and never really grew into anything much more deep or exciting than were it started. I will give credit where credit is due, however, and note that it’s always a positive when a game gives me the ability to throw beehives and unleash angry bees on my foes.

Crafting is a big part of playing Cornerstone, both for combat and exploration/puzzle solving, and the system works well - if not simplistically. You’ll collect a few various supply resources that are scattered around the map, and you can use them to build anything you have acquired the blueprints for. How inventory works is a bit odd, though, since there really isn’t one. Instead of acquiring items and keeping them - say, weapons or tools - you build them and immediately use them until they break. There’s no stashing weapons for later. You can’t have a torch, spear, and hammer built and ready to switch between as needed. This wasn’t as bad as I progressed and things lasted a bit longer, but in the beginning I died quite a few times because my weapon wasn’t even lasting a full encounter. I guess it’s a way to add challenge (the developers said they we going for a hybrid of Windwaker and Dark Souls, after all), but it’s not really a fun challenge, just a frustrating one. That being said, outside of my not caring for inventory, the system of collecting blueprints and resources to build things works well enough.

I feel like a bit of a broken record typing this article, but it really does all boil down to the fact that Cornerstone: The Song of Tyrim is a perfectly functional game that doesn’t make any terrible errors, but suffers from its mediocrity. Most everything here we have seen before, often times in a very similar package. Some deeper combat, a more engaging story or characters, RPG elements like some skill customization, or deeper puzzles may have made things more memorable, but as is the entire experience just kind of is, like a cool, windless 40 degree day. 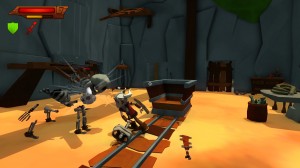 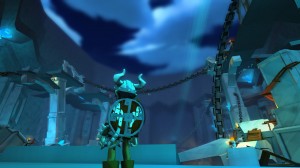 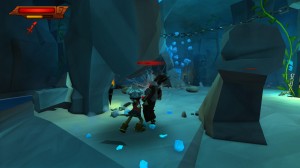 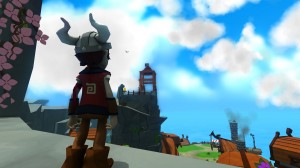 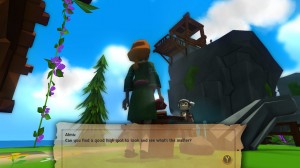 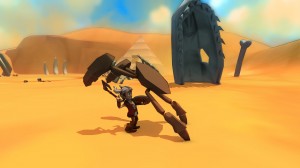 Tuned to a dead channel

On the Right Track

Little Nightmares II gets a new trailer and demo

And Little Nightmares is free for a limited time.

In a collaboration with Lucasfilm Games