August 11th, 2017 by Llewelyn Griffiths
reviewed on PC
SURPRISINGLY MERCILESS
Many games make a very deliberate choice. Do we cater to an experienced audience or a fresh one? Any attempts to simplify mechanics will be met with the claim you’re “dumbing down” the genre. Without a doubt, it’s a difficult balance to strike, one that might go horribly wrong if you aren’t too careful. Children of Zodiarcs sits you down, makes you feel at home, and presents you with bite-size mechanics that anyone could understand. However, behind the cutesy graphics, and the diorama board-game aesthetic, it is a surprisingly merciless tactical RPG.

You begin with a few characters, each with their own deck of cards, and set of dice. After a few short story missions, decks can be fully customized with a minimum of 18 cards. If that isn’t your kind of thing, you can always give your characters the recommended deck. This recommendation changes as you level up and collect more cards, allowing casual players to ignore the deck building altogether. Each character begins a level by drawing five cards from their deck. You are then given the option to move, play a card from your hand, guard, or draw two more cards. Positioning is important too, unless you attack an enemy from behind they have an opportunity to counter-attack. Many cards, offensive and defensive ones, have an area of effect, making it often necessary to heal an enemy to save your ally. Likewise, sometimes it’s worth hurting your own characters to land the final blow. Elevation and line of sight also play a role, allowing you to hide behind cover and climb over buildings.

DIE, DIE, DIE!
Sets of dice can also be swapped out between levels. Each die has a unique set of symbols that augment any cards you play in battle. Some symbols will give you more damage, others provide defense, healing, extra actions, special effects, or even negatives if you’re given a cursed die. Rolling these dice has a satisfying novelty about it too, the simple physics engine is used to great effect here. With each roll, two dice can be chosen for a reroll, and this is perfect in situations when you’re desperate for health, or that extra point of damage. On many occasions these decisions had me on the edge of my seat, choosing to reroll a die that once gave you health, in the hope for extra damage can be risky. If you’re feeling cheeky with each reroll you can also try and knock over any other dice and change their effects. This can also have devastating consequences, making sure you only reroll when the risk is calculated. This dice stuff is all well and good, but it only works when you’re presented with a challenging scenario. It quickly becomes a chore on any of the easier levels, it would be nice to have an automatic roll button for enemies with low health.

The story follows a group of children trying to overthrow the greedy tyrants of an ancient city, each level provides a nice amount variety. Often introducing new enemy types, or high level story characters for you to temporarily control. Between missions small pieces of dialogue flesh out the each character’s back story, but unfortunately translation errors and awkward dialogue are abundant. It doesn’t detract from the overall experience, but it feels lazy, making it hard to form any connections with the otherwise interesting cast.

Even on the default normal difficulty, missions quickly increase their challenge. Skirmishes also become available, giving you the chance to replay an old location for XP. This is when Children of Zodiarcs is really hit or miss, as regular skirmishes are far too easy and elite skirmishes are often too difficult. Technically skirmishes aren’t compulsory, but they’re often required, considering the rapid increase of difficulty. They quickly become a grind, just a barrier in-between you and the much more compelling story missions.

TACTICS GALORE
This is where we get to the crux of the matter, difficulty is Children of Zodiarcs' most noticeable problem. When you’re over-leveled, repeatedly rolling dice and waiting for animations to finish soon gets tiresome. But when it’s too difficult all you need to do is grind the skirmishes until you’re a high enough level. Fortunately, when the difficulty strikes a perfect balance, everything works beautifully. Numerous missions had me on the edge of my seat, desperately hoping for the perfect roll, carefully considering every action I took. These moments aren’t very rare either. It’s clear a large amount of care has been taken trying to balance the difficulty, which makes it stick out like a sore thumb when it doesn’t.

If there’s one thing Children of Zodiarcs does exceptionally well, it’s easing you in. At first it seems too simplistic, but stay around and you’ll start to see all the systems take full form. Leaving you feeling empowered to build your own decks and experiment, rather than feel overwhelmed by the sheer number of choices. It works as a fantastic introduction to the genre, while simultaneously allowing veterans to flex their muscles. If you’re familiar with the likes of XCOM or The Banner Saga, don’t be afraid to crank up the difficulty on your first playthrough either, so you get straight to the action. 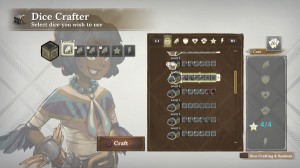 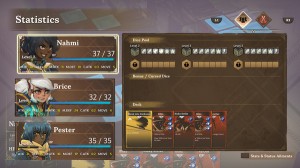 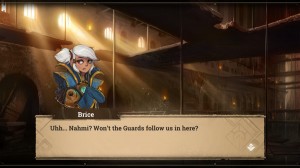 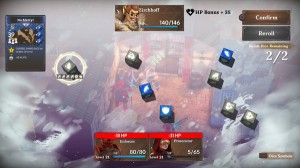