What goes through the mind of a Psycho? Tannis, the Medical Officer on board Sanctuary wants to know, and tasks you with finding out. As a test subject, she chooses Krieg, a former associate of the Crimson Raiders, a psycho who is more conducive to testing. To do so, she creates a device that lets the vault hunter enter Krieg’s mind.

Upon doing so, you’re teleported to a field not dissimilar to the classic scene in A Sound of Music. Flowers, green grass, birds chirping and peacefulness – not exactly what Tannis was expecting. But Psycho Krieg’s mid takes over and the field is overrun with psychos of all kinds. To escape from the carnage, you are directed to a portal by Krieg’s alter ego, Sane Krieg. Krieg wasn’t always a psycho, and Sane Krieg attempts to keep Krieg in check. In some ways, Psycho Krieg and Sane Krieg are similar to how cartoon characters inner conscience is depicted as a devil and an angel perched upon either shoulder. It is this Sane Krieg that you communicate with as you move throughout Krieg’s deranged mind. Throughout the DLC, you are sent through Krieg’s backstory, with small individual parts that have formed him. These story missions have you collecting items that symbolize our anti-hero; his Buzz-axe, his gauntlet, and his COVID-19 approved mask. OK, so it isn’t for COVID-19, but it would probably suffice.

The areas in which the story takes place are quite diverse. From the squishy sounds underfoot of Castle Crimson and its internal organ like aesthetic, to the scientific corridor backdrop of the Benediction of Pain mission. Most enemies are those that we’ve encountered before, such as insectoids Varkids and Spiderants, the usual Children of the Vault variants and the robotic Loader. But the DLC adds a couple of new foes in Wardwatchers Alpha and Beta. And then there are the Boss Battles. As usual, these provide for an extra challenge.

Bosses – who needs them?

Along the way, Krieg will require player to battle it out with versions of some of our Borderlands favourites. Evil versions of Brink and Mordecai and then Evil Lilith (well, they’re evil in Krieg’s memories) are tough challenges and it is interesting fighting against them instead of for and with them. As it the case with most Borderlands bad guys, they each have a pattern that allows a vulnerability. Our vault hunter will also take on a train – the Locomibius – which was the cause of separating Krieg from Maya, the Siren who was the only person to find the good side of Krieg, Dr. Benedict – the scientist who tested on Krieg and the mighty Psychoreaver. Hilariously, I also stumbled upon a mid-level boss known as SpongeBoss NoChance.

Enemies are scaled according to your level, but it pays to have levelled up sufficiently to have gained some more powerful shields, weapons, and abilities. I played at the minimum level required and was destroyed by the second boss Evil Lilith. After loading up a Level 60 character, moving through the story was quicker and felt less dangerous.

In true Borderlands style, the DLC is full of comedic dialogue, pop-culture references, double-entendres, and slightly adult references. Although Sane Krieg can hold a proper conversation, Psycho Krieg often gets words and memories mixed up so that they refer to inappropriate things – blowing the meat horn is an early task that clearly has adult overtures that Psycho Krieg is totally oblivious to.

If you have already played through to level 60 and collected appropriately powerful weapons, the main story in Psycho Krieg and the Fantastic Fustercluck will add 3-4 hours to the gameplay (more, if like me, you spend a heap of time switching between new weapons). However, if you jump in a little earlier on the levelling, I expect that this could take somewhat longer, particularly if you want to complete all the available side quests. With a story that has a humorous tone, more guns to collect and a chance to compete against some old favourite characters, Psycho Krieg and the Fantastic Fustercluck is a worthy addition to the Borderlands 3 collection.

Fun storyline, get to battle against some of your favourite vault hunters

More of the same Borderlands action – although that could be considered a pro, too 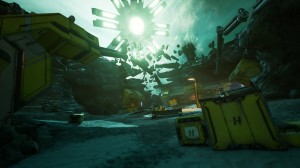 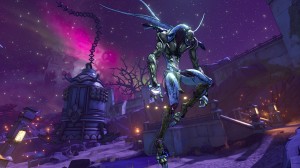 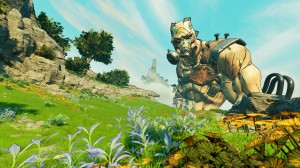 A Glass of Adrenaline

Werewolf: The Apocalypse - Heart of the Forest

Of Wolf and Woman

This broom is broken