ď»ż
June 20th, 2012 by Chris Scott
While Diablo III was the most anticipated title in a long time, its release has now come and gone, and like everything else in entertainment, gamers are already looking forward to what they want next. Here are our top nine most wanted role-playing game sequels.

Due to the short lifespan of Sega’s final console, the Dreamcast, many of the games that appeared on the system have developed legendary cult-like followings. Skies of Arcadia is one of those titles. Many gamers remember the game as the defacto king of the Dreamcast RPG library and want a second go at being sky pirates.
While the turn based combat of Skies of Arcadia may seem somewhat archaic at this point in time, a colorful world, great characters and a solid story can go a long way to making people turn a blind eye.

Knights of the Old Republic III

Bioware can say whatever they want, The Old Republic is not the KOTOR game people have been clamoring for. Sure the main quest can be played entirely solo but the monthly price tag to do so is not particularly inviting for gamers looking for a traditional gaming experience. With the Mass Effect trilogy done and over with, complete with plenty of lessons learned, now is the perfect time to bring fans a return trip to a galaxy far, far away. 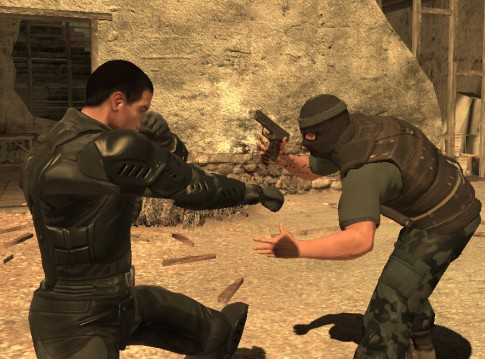 I couldn’t have been more surprised if I tried, when I put out a call to see what RPG sequels people most wanted and Alpha Protocol 2 came back as one of the top answers. However there is merit to the idea. Alpha Protocol had a ton of great ideas that ultimately fell flat; if polished to a shiny veneer, a sequel could deliver the goods as the game Obsidian originally intended to make.

Lost Odyssey is arguably the best Japanese RPG to come out this generation. Mistwalker’s original title was the Final Fantasy game that fans of the genre wanted but that SquareEnix never delivered. With JRPGs mostly in a stagnant state, the idea that Mistwalker could again “save” the genre is an inviting one. Being as the Mistwalker team is run by ex-Final Fantasy vets it would be great to see them make Lost Odyssey into their own behemoth series.

While there are certainly fans of SquareEnix’s latest Final Fantasy titles, there are just as many, if not more, that are disheartened with how the series has progressed. One common request from fans is for the series to return to its roots, knights, crystals, airships and an ultimate evil to rescue the world from. Lose the zippers, trench coats, and glum attitudes and infuse the series with childlike fantasy once again and the fans will flock to it.

Fallout 3 and Fallout: New Vegas were massive successes for Bethesda, so everyone knows Fallout 4 is coming. It is just a matter of when. While we impatiently await its inevitable announcement, I’d like to suggest either a return to the east coast of the United States to either Boston or Philadelphia, or a trip to Western Europe with either Paris or London taking center stage. Please?

The Chrono series is one of SquareEnix’s most cherished and Chrono Break has been rumored since the early days of the Playstation 2. It is still one of the most desired games by fans of the genre. SquareEnix recently explored time travel again with Final Fantasy XIII-2 but one cannot help but wonder about how a Chrono title would look on today’s hardware. It has been a long time since gamers got a Chrono title and it is high time the series returns to gamers.

While the Icewind Dale series and Baldur’s Gate series are relative kissing cousins, Icewind Dale was a more combat heavy style of game. Its gameplay was more strategic than Diablo and offered something unique in the genre at the time. It would be great to see the series once again explored, offering updated graphics, a stronger focus on storytelling and a healthy dose of strategic combat.
ď»ż

Battles aren't all won with a sword